Digital bank N26 targets one million customers in the Republic 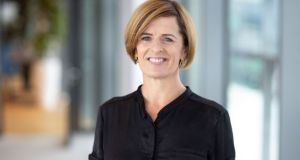 N26 is in a position to capture one million customers in the Republic, the digital bank’s new Irish chief operating officer Adrienne Gormley has said.

Ms Gormley was speaking as the fast-growing company announced N26 Smart, a new premium digital bank account across Europe. The new product is one of three monthly subscription offerings from the Berlin-headquartered company available locally, the others being N26 You and N26 Metal.

Speaking to The Irish Times, Ms Gormley, who joined N26 last month, said the digital bank had big ambitions for the local market having grown its customer base by 50 per cent since last December.

Digital banks such as N26 and Revolut have been warmly embraced by Irish consumers, with the latter having already surpassed one million customers locally.

“If we continue to look at what customers want and deliver value then I believe we can achieve our aim. We’re seeing people in Ireland embracing digital transactions more, particularly during the Covid crisis, and big traditional banks are finding it difficult to do some services well, so I think there are opportunities,” said Ms Gormley.

Ms Gormley, who is charged with overseeing N26’s customer service, business operations, service experience and workplace divisions, joined the company from Dropbox, where she served as vice-president of global consumer experience and head of Europe, the Middle East and Africa (EMEA). Prior to that she spent seven years working at Google, where her roles included serving as advertising head for the Nordics.

Founded by Maximilian Tayenthal and Valentin Stalf in February 2013, the Berlin-headquartered bank now has five million customers globally. It launched services in Ireland in December 2015.

The bank has raised close to $800 million to date and it employs more than 1,500 people.

N26 Smart, which includes a number of money-management features, is available to customers at €4.90 a month.