ABN Amro to reduce workforce by 15%

Duth bank to cut almost 3,000 jobs in the coming years 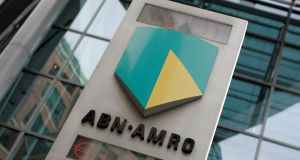 Dutch bank ABN Amro said on Monday it would cut almost 3,000 jobs in the coming years, as it focuses on profitable activities in the Netherlands and northwest Europe.

In an update before its annual investors day, the bank also said it would aim for a core capital adequacy ratio of at least 13 per cent, and consider share buybacks if the so-called CET 1-ratio under Basel IV rules topped 15 per cent. The measures are needed to deliver a return on equity of 8 per cent by 2024, the largely state-owned bank said. – Reuters