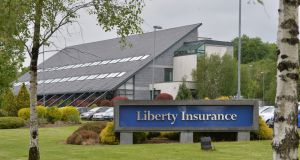 Liberty entered the Irish market in 2011 by taking over the main businesses of Quinn Insurance. Photograph: Alan Betson

The Irish Times reported last month that Mr McIlduff, a native of Northern Ireland, has been lined up to take over as CEO of AA Ireland, after New York-based Further Global Capital Management took a controlling stake in the roadside assistance and insurance intermediary for a sum understood to be in excess of €240 million.

His successor will be Juan Miguel Estallo, who has worked for Liberty Seguros – which is ultimately owned by US-based insurance giant Liberty Mutual – for the past 13 years.

Mr Estallo will oversee the company’s operation in the west European market, including Ireland, Northern Ireland, Spain and Portugal.

Mr McIlduff, who led Liberty Seguros since 2017, will remain on board to “ensure a smooth transition over the coming months”, the company said.

Liberty entered the Irish market in 2011 by taking over the main businesses of Quinn Insurance, which had fallen into administration a year earlier after a large hole was discovered in its balance sheet. The Irish operations were subsumed into Madrid-based Liberty Seguros in 2018, leaving it as a branch of the Spanish company.

Liberty employs about 400 staff in Ireland and has roughly a 10 per cent share of the motor coverage market. Earlier this year, the company quit its commercial liability and commercial property lines of business but affirmed its commitment to other aspects of the Irish market, including home coverage.