Gold and zinc explorer is hoping to broaden its investor base 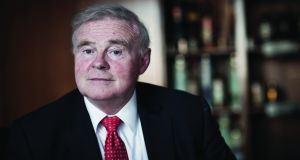 Gold and zinc explorer Arkle Resources said on Monday it expects results for its Limerick zinc discovery “within weeks” as it looks to broaden its investor base.

Chairman John Teeling said: “The board believes that we hold prime gold and zinc exploration ground in Ireland, certainly better than the opportunities presented from abroad. We have a very loyal shareholder base but have not succeeded in spreading our beliefs to the wider investing public. This we will try to do in the immediate future.”

On corporate strategies, Arkle said that there has been “significant interest” in Stonepark, but most options require the approval of both parties in the joint venture, although the option of selling the subsidiary which owns the Stonepark interest is “under consideration”. Some early stage proposals have also been received for its gold assets.

Despite a strong increase in the price of gold in the past year, Arkle, with prospective gold ground in Ireland, has not to date, benefitted from rising prices. However, it was able to raise new money for exploration.

In August Arkle raised £600,000, in addition to £502,000 raised in the six months to end June. This covers expenditures for the next eighteen months the company said.