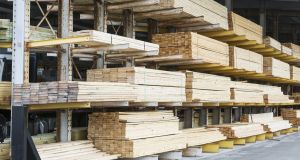 Most of the 8,800 submissions on proposals to streamline forestry licence appeals favour changing the law, it has emerged.

The sawmilling industry blames the Department of Agriculture’s Forestry Appeals Committee’s failure to deal quickly with licence appeals for stalling the production of 1.1 million cubic metres of logs, enough timber to build 50,000 homes.

It emerged on Tuesday that 80 per cent of the 8,889 submissions to the department on proposals to change the laws governing forestry licence appeals favour the new legislation.

A new bill, due before the Oireachtas in the autumn, will amend the Forestry Act, 2014 to introduce a charge for appeals and plans to allow the Forestry Appeals Committee greater flexibility.

All forestry activity, tree-felling, planting and building roads to transport logs, requires a licence under the 2014 act. Anyone can appeal the grant of such licences.

The group says the crisis has reached a point where it is endangering up to 12,000 jobs in forestry and sawmilling, most of which are in rural communities.

Builders’ suppliers have also warned the problem will force them to import more expensive timber from Britain and elsewhere.

However, environmentalists say local communities fear the impact that large plantations of the non-native conifers used for commercial timber will have on their areas.

While commercial forests frequently include some native deciduous trees, such as birches, environmentalists say these are often used to screen much larger swathes of evergreens.