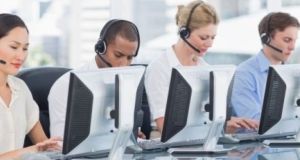 Wage growth in the Irish economy has accelerated to more than 3 per cent, the fastest rate recorded since the recession, suggesting wage pressures are beginning to emerge as the labour market tightens.

It comes as the State’s headline rate of unemployment fell to 4.4 per cent in May, its lowest level since since 2005 and close to historical lows.

The latest earnings data show average annual earnings rose in all 13 economic sectors surveyed by the CSO in 2018.

The largest percentage increase of 7.9 per cent was recorded in the information and communication sector where average annual earnings rose from €56,758 to €61,269.

The accommodation and food services sector, which covers most of the hospitality sector, had average annual total earnings of €18,262, the lowest of the sectors.