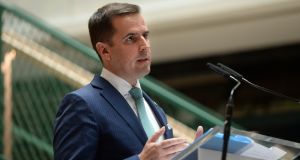 More than 80 Brexit-related foreign direct investment (FDI) projects have been won by the Republic since the UK voted to leave the EU in June 2016, resulting in an additional 5,300 jobs.

However, IDA Ireland chief executive Martin Shanahan said he did not expect to see a significant increase in Brexit-related projects in the coming months given that most companies have decided on whether to relocate operations away from Britain.

“Brexit has created costs and disruptions for companies, and it is not what they would have asked for. But they have made decisions in anticipation of it happening in March so for a lot of companies Brexit has already happened.”

New figures published on Thursday show IDA-backed companies announced plans to create 13,500 jobs in the first six months of the year, up 19 per cent on the same period in 2018.

The State agency said it won 140 foreign direct investment (FDI) projects in the January to June period, one more than in the first half of 2018.

Mr Shanahan said the agency’s strategy to encourage more multinationals to locate outside Dublin was working, with 455 projects secured for locations outside the capital since 2015, 48 of which were confirmed during the last six months.

“The ambition is to increase investments in all regions by 30 to 40 per cent and we’re in touching distance of achieving that. It is extraordinary difficult to convince international investors that smaller towns can support investments but we are getting good traction.”

According to the latest figures, eight out of every 10 jobs created in the Republic comes as a result of FDI, with multinationals investing €19.2 billion directly into the Irish economy. Some two-thirds of the State’s corporation tax take derives from IDA-backed companies.

Mr Shanahan said while the immediate outlook looked positive there were “significant downside risks to FDI in the medium term”, including the impact of Brexit, softening of growth in the global economy and escalating trade tensions.

“The market for foreign investment is evolving at a rapid pace and has never been as competitive – none of IDA Ireland’s projects are easily won,” he said. “IDA Ireland has consistently said that unless Ireland stays competitive we will not continue to see these investment numbers.”

IDA Ireland said Mr Shanahan has signed a new contract that will see him remaining as chief executive until 2024. He took up the role in 2014.

The State body has in recent weeks rolled out a new international advertising campaign, starting in the US and Japan, to highlight the Republic’s continued EU membership. This comes amid significant global media coverage of the State’s wish to avoid a hard border in the event of Brexit by way of a backstop agreement.

Mr Shanahan admitted this had led to confusion as to the Republic’s position as a member state. “The level of understanding diminishes the further you go away, particularly from Europe.”

He said the IDA’s message was clear in stating that the Republic was and would remain at the heart of Europe.

5 Not everyone laughing as Leave.EU makes Waterford home