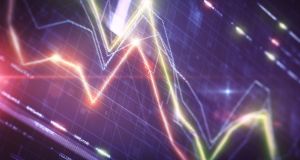 The Government has raised €500 million in one-year borrowings at an interest rate of minus 0.47 per cent, just above the record low for such funding.

The National Treasury Management Agency announced that the money was raised on Thursday morning via an auction of treasury bills to investors.

The low interest rate – which sees investors who hold the bills to maturity paying the Government for doing so – reflects a sharp fall in longer-term interest rates on international money markets this week. This is due to a slowdown in expectations for economic growth and very low inflation.

The minus 0.47 per cent rate is not the lowest on record, with a number of slightly lower rates recorded on treasury bills raised in 2017 and early 2018.

The record low for this type of funding is minus 0.53 per cent, achieved in a treasury bill auction in March, 2018.

The NTMA said that for the latest loans it had received bids amounting to €1.834 billion – 3.67 times the target amount.

Davy scandal: The who, what, where, when and why? 12:28
Donohoe to brief Cabinet on Davy scandal 11:54
Agnelli family buys 24 per cent stake in Christian Louboutin 11:52
NTMA declines to comment on Davy as bond sale looms 10:32
PetroNeft completes Russian gas well deal 08:41

3 NTMA declines to comment on Davy as bond sale looms

6 Davy scandal: The who, what, where, when and why?