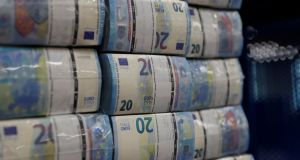 The decision to increase the amount available to companies means that from next year, an expected 10,000 Irish firms will have access to funding under Cosme

Additional funding of €230 million has been made available to Irish SMEs under an agreement between the Strategic Banking Corporation of Ireland (SBCI) and Europe’s largest venture capital fund investor.

The European Investment Fund (EIF), which together with SBCI announced a plan late last year to provide €100 million to Irish firms, said it was to triple the new financing available to €330 million.

The two organisations signed an agreement last December to provide funding with loans backed by Cosme, a European Commission programme designed to ease access to finance for SMEs in Europe.

The decision to increase the amount available to companies means that from next year, an expected 10,000 Irish firms will have access to funding under Cosme.

Minister for Finance Paschal Donohoe last month also unveiled a €300 million Brexit loan scheme for SMEs, which is supported by the EIB, the SBCI and the European Commission.