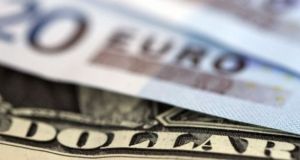 The figures are bad news for the Republic, which is heavily reliant on FDI projects.

Global foreign direct investment (FDI) flows fell 49 per cent in the first half of 2020 due to the economic impact of Covid-19, according to new figures from the UN’s trade body, UNCTAD.

It said multinationals were reassessing new projects in the wake of the coronavirus pandemic and with forecasts of a deep global recession.

The trend was exacerbated by sharply negative inflows in European economies, mainly in the Netherlands and Switzerland. FDI flows to North America fell by 56 per cent to $68 billion.

The figures will be a cause of concern for the Republic, which is heavily reliant on FDI projects.

Overall, the Republic was in seventh place for FDI by capital investment into Europe with $11 billion last year, giving it a 5 per cent regional market share.

State agency IDA Ireland warned in July that FDI could be down by as much as 40 per cent locally this year.

“The FDI decline is more drastic than we expected, particularly in developed economies. Developing economies weathered the storm relatively better for the first half of the year,” he said.

UNCTAD’s report shows that cross-border M&A values reached $319 billion in the first three quarters of 2020. The 21 per cent decline in developed countries, which account for about 80 per cent of global transactions, was checked by the continuation of M&A activity in digital industries.

The value of greenfield investment project announcements - an indicator of future FDI trends - was $358 billion in the first eight months of 2020. Developing economies recorded a 49 per cent decline, compared to a 17 per cent fall for developing countries.

The number of announced cross-border project finance deals declined by 25 per cent, with the biggest drops in the third quarter of 2020, suggesting that the slide is still accelerating.

Prospects for the full year remain in line with Unctad’s earlier projections of a 30 per cent to 40 per cent decrease in FDI flows.