Number of houses for sale falls to 14-year low

House asking prices climbed by close to 5% in summer despite Covid-19, reports Daft.ie 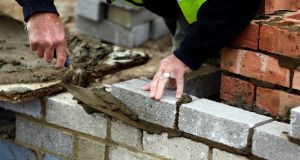 According to Daft, there were fewer than 18,000 residential properties for sale in the Republic on October 1st, down by a third on the same date last year. Photograph: Chris Ratcliffe/Bloomberg

The stock of houses available to buy has hit a 14-year low as asking prices once again started to surge over the summer, according to industry research.

Average house asking prices rose by 4.8 per cent nationally in three months to the end of September to almost €264,000, according to property website Daft’s third-quarter house price report.

The report says this is the largest quarterly increase in average prices in more than 5½ years – since the start of 2015. Despite falls earlier in 2020 due to the pandemic, the national average is still 2.7 per cent more than a year ago.

The summer rise in asking prices listed on Daft is being driven by cities outside of Dublin, where the pace of growth is slower. Asking prices rose by just 2.2 per cent in the quarter in the capital, but spiked by 11 per cent in Waterford, 10 per cent in Galway and 9 per cent in Cork and Limerick. The average rise was 5.8 per cent in rural areas.

According to Daft, there were fewer than 18,000 residential properties for sale in the Republic on October 1st, down by a third on the same date last year and the lowest total since 2006.

“The ultimate reason that prices are rising again is that there are simply not enough houses in the country, given the population and its demographics,” said the report author, Trinity College Dublin economist Ronan Lyons.

He warned that the “uneven economic impact” of the pandemic, with most professional and office employees able to work from home while many retail and hospitality staff are out of work, was also driving the surge. Mr Lyons highlighted that household savings have spiked recently by €7 billion.

“On average, those with a greater number of years of formal education – especially where they work for larger employers – have, if anything, benefited from the dislocation. Unable to spend on hospitality and other services, aggregate household savings in Ireland have soared,” he said.

“The return to price growth in Q3 suggests that the disruption wrought by Covid-19 on the market as a whole was relatively short-lived,” Mr Lyons said.

He also noted that there was no evidence in the figures of people moving down the country as working from home becomes an increasing feature of working life.

“These regional and by-size figures further suggest that – so far at least – Covid-19 is not reshaping preferences either,” he said, adding that there was, as yet, “no support for the prediction that more rural or larger properties have seen their relative price increase since the start of the year”.

Counties Offaly, Laois and Kilkenny have witnessed steep year-on-year rises of between 8 and 9 per cent. The average in Galway city is up 3.1 per cent to €306,534, but yearly prices are down in Mayo, Cavan, Leitrim and Clare.

“Has Covid-19 changed the housing market? Not yet at least,” said Mr Lyons. He said the steep fall in the number of houses for sale highlights the underlying issue affecting the Irish market – “a prolonged and worsening scarcity”.

“The significant fall in completion of new homes to be registered in 2020 may prove a temporary blip. Nonetheless, the level of new home construction, even in 2019, was barely half of underlying need.

“While the public health emergency clearly dominates policymaker attention currently, longer-term challenges should not be forgotten. Chief among these is the lack of housing.”