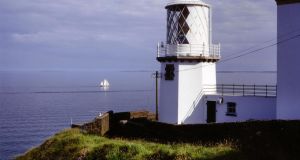 According to Belfast Harbour it handles around 70 per cent of the North’s seaborne trade.

A record number of cruise and ferry passengers travelled through Belfast Harbour last year according to a new report which shows that more than 1.6 million visitors arrived in Northern Ireland via Belfast Port.

The total number of cruise and ferry passenger jumped by six per cent year on year while there was also a 10 per cent increase in tourist coaches to 10,000 in 2019, the harbour’s end of year trading report shows.

According to Belfast Harbour it handles around 70 per cent of the North’s seaborne trade and last year trade remained “strong”  at 24 million tonnes.

Harbour authorities have said they do not expect “any immediate changes” to their operating procedures while the UK is going through the transition period from the EU.

Belfast Harbour is engaging with the UK government and various agencies as well as with customers and terminal operators to ensure they are “prepared and ready to deal with any operational implications of future trade agreements”.

In particular ro-ro units rose by four per cent to a high of 542,000 ,which the harbour said highlighted the “continued popularity of Stena Line’s freight traffic routes to Scotland and England”.

Harbour authorities also said exports of stone by Co Down-based Conexpo, for infrastructure projects in Britain and Europe, jumped to one million tonnes for the first time.

The 2019 figures show that container traffic through Belfast Harbour increased by two per cent to more than 130,000 units.