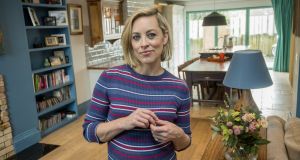 Accounts for Aquarius Productions, filed by the host of RTÉ’s Operation Transformation, show that the company recorded a profit of €29,723 in the 12 months to the end of February last. It recorded profits of €37,288 in fiscal 2018.

In the 12 months to the end of February last year, the company’s current assets, made up of cash and monies owed by debtors, totalled €374,012.

Operation Transformation, which has returned for a 13th series, moved to a 9.35pm slot on a Wednesday, which has increased audience share.

Away from her on-screen work, Ms Thomas set up health and fitness bootcamp business Pure Results Bootcamp Ltd in 2014, and the most recent accounts show that the business was sitting on accumulated profits of €65,016 at the end of October 2018.

The fitness camp organises weekend and week-long retreats at the likes of Parknasilla Hotel in Co Kerry and the Oliva Nova Beach Resort in Spain. The business employs trainers, fitness instructors and chefs along with a nutritional therapist.

1 How can I view my dead brother’s will if I’m not the executor?
2 Michel Barnier rejects UK’s call for Canada-style trade deal
3 Investors pile into property as turnover in build-to-rent sector reaches €2.54bn
4 Kerry’s Chinese sales set for 30% hit from coronavirus
5 UK Fraud Office examines £1.2m billion Sumitomo loss
6 UK shoppers face higher prices without post-Brexit trade deal , warns BRC
7 Applications for 961 new homes in Dublin and Meath rejected
8 ‘Short window’ to stop AI taking control of society, warns ex-Google employee
9 Bursting of Tesla bubble a case of ‘not if, but when’
10 Remarks by George Soros cause jitters as Year of the Monkey starts
Real news has value SUBSCRIBE