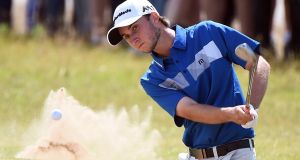 The Business of Sport podcast discusses the British Open which is coming to Royal Portrush in July.

Digicel, the Caribbean telco owned by Denis O’Brien, has become embroiled in a $1.5 billion US lawsuit over allegations it is a “co-conspirator” in a “ruse” to divert cash that is meant to fund education in Haiti, but is instead allegedly spent corruptly. Mark Paul reports.

O’Flynn Construction alleges that former employee Patrick Cox and others earned profits of at least €12.5 million by secretly diverting opportunities from the developer for their own benefit, the High Court heard yesterday. Barry O’Halloran reports.

RoundShield Partners, a €1 billion property investment house, has signed a €50 million social housing deal with debt advisory firm New Beginnings, reports Jack Horgan-Jones.Under the terms of the deal, which are revealed in a letter seen by The Irish Times, the Irish firm will purchase, refurbish and manage residential properties for RoundShield, which has “agreed to provide up to €50 million in financing for residential acquisition”.

Irish biscuit maker East Coast Bakehouse has started carrying higher levels of product and is stockpiling certain ingredients as contingency measures against a no-deal Brexit, its co-founder has revealed. Ciarán Hancock has the details.

Operating profits at the Mercantile Group, which owns a number of well-known Dublin entertainment venues, decreased by 84 per cent to €95,058 in 2017, reports Gordon Deegan.

In Net Results Ciara O’Brien wonders whether it is time for Big Tech to start building houses in Dublin to help alleviate the housing crisis.

Elaine Edwards meets Paul Vixie, who helped build the internet, on how we are trading safety for convenience.

Oive Keogh meets the UCD fintechs bent on disrupting their sectors. She also talks to Ronan Coughlan and Tracy Armstrong who brought organic kombucha to the Irish market.

Richard Gillis tells us that the boot is on the other foot as the digital revolution empowers sports fans.

John Holden on how the scientific community in the US is responding to Trump’s agenda.

The Business of Sport podcast discusses the British Open which is coming to Royal Portrush in July.

1 Wet pub openings fuelled rise in Irish Covid infection rates – report
2 Chris Johns: Economies may enjoy ‘roaring twenties’ if ministers learn lessons
3 Basic income for all: Has the Covid crisis given us a new economic model?
4 How long can Government afford to keep State pension age at 66?
5 Irish designer of Oxford vaccine: ‘I’ve never worked so hard in my life’
6 Promontoria barred from pursuing doctor over Ulster Bank loan
7 Only way is up for Stripe as valuation skyrockets
8 ‘I don’t need to do any of this. . .I don’t actually need to work.’
9 ‘It’s great to have the memories in real life, not just the cloud’
10 Direct sea routes to Europe offer certainty in choppy Brexit waters
Real news has value SUBSCRIBE