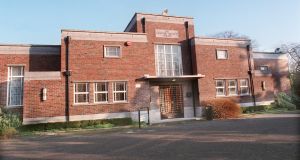 Consultants for managing partner and co-founder of the Mayfair based €4 billion equity group CapVest Seamus Fitzpatrick have claimed that house plans by Glenveagh Homes on Shrewsbury Road will result in a significant reduction in the value of Mr Fitzpatrick’s property.

The builder has lodged plans for changes to four of the houses close to the Fitzpatrick residence.

Mr Fitzpatrick, from Cavan, bought number 18 in 2012 for €8 million and subsequently enlarged the house.

Consultants for Mr Fitzpatrick, Marston Planning Consultancy, in an objection to the Glenveagh plan, have told Dublin City Council that the changes “would have a material and significant reduction in the value of our client’s property” .

The consultants contend that the Glenveagh houses will appear from the rear of Mr Fitzpatrick’s property “as being three storeys in height . . . The development will be viewed as being visually dominant, obtrusive and overbearing when viewed from our client’s property”.

Marston Planning Consultancy state that the negative impact on Mr Fitzpatrick’s privacy and amenity as a result of overlooking and overbearing impact is entirely contrary to the zoning and overall objective of the site.

The Marston Consultancy submission also states that the application fails to identify the significant work already completed that should form the retention part of the application.

Putting the plan on hold, Dublin City Council has told Glenveagh Homes Ltd that “it would appear that permission is being sought for some works that have already been carried out on the site”.

This followed the planner involved in the case finding that “the nature and scale of the proposed development is not fully detailed in the description of development or adequately shown on the submitted plans”.

The council said that retention permission should be sought for works which have already been carried out.