Cliff Taylor: Barriers remain high, including the sheer cost of erecting a home 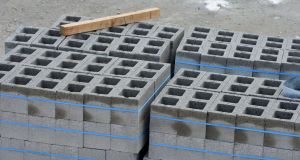 In the four quarters to the first three months of this year, there were 2,500 more units built than sold nationwide, with most of this occurring in Dublin.

Monthly figures for homelessness, house prices and rents understandably drive the news agenda in relating to housing. But a new report from Goodbody stockbrokers goes behind the figures to try to look at the key trends. And its conclusions are troubling.

Housing and apartment building has picked up, but there are barriers to it accelerating further, as is needed if we are to meet demand levels . And many continue to be priced out of the market. Perhaps the most notable question raised by the report is whether there is enough demand for houses at current prices? And if not, if prices fall what does that mean for the number of houses being built

The conundrum is best illustrated by two points made in the report, written by Goodbody economist Dermot O’Leary. First, Goodbody has trimmed its housing estimate for 2019 and its forecast for next year, now pencilling in just over 21,200 completions for this year and 24,100 for 2020.These are reductions of just 1,000 for each year compared to earlier forecasts, but with house building still well below what the economy requires, they are revisions in the wrong direction.

Second, the brokers estimates that despite supply running well below the needs of the economy – which are probably between 32,000 and 38,000 new builds a year – the stock of unsold houses is actually growing.

In the four quarters to the first three months of this year, there were 2,500 more units built than sold nationwide, with most of this occurring in Dublin, where new supply was 6,905 and purchases were 5,093. This increase in unsold stock will hit funding for some house builders, Goodbody says, and in turn reduce their ability to build new homes.

Houses are not being sold either because they are in the wrong location or they cost too much. Not surprisingly, Goodbody focuses on the second point. Fewer homes are now being sold at less than €250,000 and more are moving into the middle bracket of €250,000 to €500,000.

As average prices edge up and Central Bank rules restrict lending in relation to income , fewer and fewer can afford the houses coming onto the market. Hence the unsold stock, particularly in Dublin where prices are higher .

Rising incomes and some cut in asking prices may help to clear parts of the market. And the report points to uncertainty about the future of the Government’s help-to-buy scheme, now vital for many first-time buyers to bridge the affordability gap, is a further uncertainty in the market in the second half of this year.

But fundamental questions remain. Goodbody now estimates house price inflation at 3.6 per cent in 2019 ,rising to 5.3 per cent in 2020. Slowing house price growth makes houses more affordable, but it may also be slowing supply.

This, in turn, raises fundamental questions about the cost of land and building in Ireland. Can we supply more houses and apartments at prices people can actually afford?

Just one of the problems, identified in the report, is the lack of scale in the Irish building industry. Larger builders tend to be able to access funds more easily and build more cheaply. But only 16 builders here sold more than 100 units in 2018, accounting for just over one third of the market.

Many builders rely on Nama, now being wound down, for at least part of their funding and others are backed by private equity funds who seek high level of returns.

The difficulty of affording a new home, combined with the rising economy and inward migration are, in turning, leading to an increase in rental supply, much of it aimed at the build-to-rent sector.

This is controversial, as it reduces supply for sale to home-buyers, though Goodbody argues that build-to-rent is now a key factor increasing supply. The problem is, however that the prices offered to those renting is also high as big investors seek a juicy return.

It all underlines the problems the Government faces in providing affordable accommodation at all levels of the market, tackling homelessness and the squeeze that is pricing many out of either buying or renting.

The fundamental issues pointed to in the Goodbody report show that, despite some increase in supply, there is still some crunch issues to face, not least the cost of building a home.