Smurfit shares hit, the cost of Storm Emma and a potential whiskey shortage 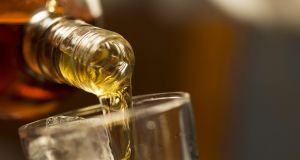 Smurfit shares took a battering yesterday even though the Dublin market was closed. Fading hopes for a deal with International Paper and an acquisition by rival DS Smith saw the group take its biggest one day hit on the London market since the Brexit vote, writes Joe Brennan.

Storm Emma and the “Beast from the East” that shut down the country earlier this year will cost insurers €39 million, according to new estimates from Insurance Ireland. That is less than the cost of Storm Ophelia, which hit insurers for €45 million. Joe Brennan reports.

Facebook is back in the news again over data sharing, this time to play down reports that it shares user data with device makers from Apple and Amazon to Samsung.

Ireland is facing a shortage of whiskey according to industry veteran John Teeling. Jason Corcoran and Charlie Taylor report that the plethora of new distilleries and rapidly growing demand are placing pressure on supplies.

The idea of a cashless society seems a little less enticing after the recent disruption to Visa’s services that lastes for around 10 hours. Cantillon argues it was a very effective way to put the brakes on the drive towards ditching cash in favour of contactless payments and becoming increasingly dependent on plastic.

There are some advantages to being married - when it comes to paying taxes at least. Fiona Reddan warns unmarried couples could lose up to 70 per cent of their pension thanks to taxes on property and pensions.

In her weekly media and marketing column, Laura Slattery hails the evident confidence of feminism as confirmed by the recent referendum but takes marketers to task over their continued failure to interpret that market.