Group has €39 million cash in bank 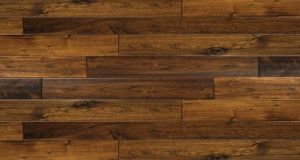 The carpets empire owned by former world poker champion, Noel Furlong, continues to be a winner for the 80-year old Kildare-based businessman and well-known horse trainer.

Furlong Investments, the holding company for the Irish and UK flooring group, doubled profits last year to €6 million. The boost came despite a slight fall in revenues to €95.4 million, after the family-owned firm cut back its costs.

Accounts recently filed for the year to the end of last June show that Mr Furlong’s group had €39 million cash in the bank, €21.5 million worth of investment properties, and more than €72 million in retained profits.

The group, which was founded in 1980 and is headquartered in west Dublin, now employs 415 staff across Ireland, England and Wales.

In addition to his flooring business, Mr Furlong is prominent in the horse racing industry. He is also famous for picking up $1 million in 1999, when he won the World Series of Poker event.