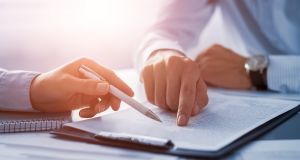 Confidence among small businesses has fallen in the past six months, the Small Firms Association (SFA) said, as attracting talent becomes more challenging.

Director of the SFA Sven Spollen-Behrens told the group’s annual conference that only 53 per cent of companies felt the business environment was improving, down from 62 per cent in November last year.

“For the first time, attracting talent has been identified as the number one threat to small businesses. The tightening labour market is very challenging for SFA members as two-thirds look to recruit over the coming year,” he said. “Even in a growing economy, less than half of owner-managers tell us their businesses are growing.”

He called on the Government to focus on the creation of a national small business strategy, which should consider things such as instilling a business-friendly approach in public officials across the State’s apparatus and offer support for all small businesses regardless of sector. The strategy would also look at a number of strands, including the cost of doing business, tax, regulatory burden and the suitability of business supports.

“In Ireland, we know exactly what it takes to create real, transformational change, as we have successfully built a world-class environment for multinational companies. This know-how must now be harnessed for the benefit of almost a quarter of a million small businesses,” said Mr Spollen-Behrens.