Google to spend $1bn on new campus in New York 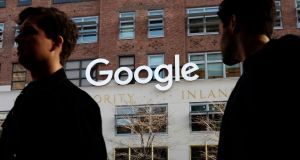 Alphabet’s Google is investing more than $1 billion (€880 million) on establishing a new campus in New York, becoming the second major technology company after Amazon to pick the financial capital of the US to expand and create thousands of jobs.

The 1.7 million sq ft campus, called Google Hudson Square, will include leased properties at Hudson Street and Washington Street, the company said on Monday. Google hopes to start moving into the building by 2022.

Google’s plans to invest outside its home base mirror those of other US tech bigwigs such as Apple, which recently said it would spend $1 billion to build a new campus in Austin, Texas.

The move to invest in prime property in the west side of Manhattan also underscores the growing importance of New York as a hub for innovation and an incubator for technology companies.

“Our investment in New York is a huge part of our commitment to grow and invest in US facilities, offices and jobs. In fact, we’re growing faster outside the Bay Area than within it,” said Ruth Porat, the chief financial officer of Alphabet and Google.

Amazon.com said in November it would create more than 25,000 jobs in both New York and the Washington, DC area by opening massive new offices.

Google’s first New York office at 111 Eighth Avenue is one of the city’s largest buildings. It bought it in 2010 for $1.77 billion.

Earlier this year, the company announced a $2.4 billion purchase of the Manhattan Chelsea Market. It has also leased space on Pier 57 jutting into the Hudson, which will create a four-block campus.