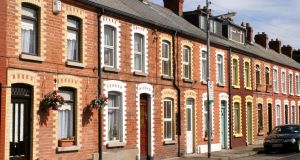 Turnover at Anatao Ltd, the registered name of Savills Group Ireland, dipped to €46.7 million last year from €47.8 million in 2016, according to accounts just filed.

A increase in short-term debt to €20.2 million from €16.4 million contributed to this. The accounts show that Anatao owed €2 million to other group companies at the end of last year, compared with zero 12 months earlier. The sum due to trade creditors also increased to €3.8 million from €2.2 million.