Six properties in Dublin and Wicklow were producing combined rent roll of €646,000 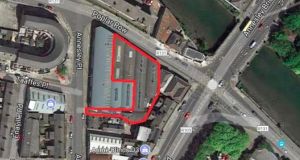 Most of the creches are located in south Dublin, with one in Wicklow. These are Park Academy at Beacon South Quarter, Sandyford; Tullyvale in Cherrywood; Eden Gate Centre in Greystones; The Park in Cabinteely; Beacon Court in Sandyford; and Thornwood in Booterstown.

Each property is close either to the Luas, Dart or bus services, with good road links to the N11 or M50. Four of the six properties have exclusive use of large secure outdoor play areas, which significantly increases the usable space

The same agent also sold a 0.35-acre infill redevelopment site on Poplar Row, Fairview in Dublin 3 for €1.15 million. It is zoned “mixed services”, which allows for higher densities in district centres and was sold with vacant possession.

Six commercial units at Laurkur House in Deansgrange were also sold through Kelly Walsh for €780,000. These produce a rent roll of €46,400 but there is scope to increase this through letting a vacant unit.

Kelly Walsh also sold the TR Motors site in Harold’s Cross off market for about €1.6 million.