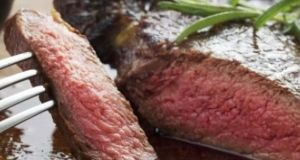 The founders of food safety business Identigen are the big winners from the sale of the business to the animal health division of US drug giant MSD.

Ronan Loftus and Ciaran Meghen founded the company, which can accurately and precisely trace beef, seafood, pork and poultry in a way that is verifiable from farm-to-table, in Trinity College in 1996.

While MML Capital Partners, which bought into the business with a €12 million investment in 2015, held the largest single stake, Mr Loftus and Mr Meghen remained significant shareholders. In fact, their interest in the business increased under MML.

Both men will receive in the region of €12 million for their shares following the completion of the acquisition by MSD Animal Health.

Aryzta’s chief executive Kevin Toland will receive in excess of €1 million following his investment in the business, while company secretary John Heffernan is understood to be in line for a payment of under €5 million, including repayment of preference shares he holds in Identigen.

A group of senior company executives will get around €500,000 for shares they hold.

Identigen became well known internationally after conducting the tests that identified the European horse-meat scandal in 2013.

Its tracing technology is used mainly by meat processors – including US giant, Tyson Foods – and supermarkets, including Tesco.

In 2015, MML Capital Partners bought into the business in a move that saw high-profile Dublin businessman Paul Coulson sell down his 28.7 per cent stake in the business.

Trinity genetics professor Patrick Cunningham – chairman of the business in its early days – and the late Roger McCarrick, former owner of Rangeland Meats, also sold down about two-thirds of their stakes at that time, as did Trinity College. All will receive a further payment on this transaction, including Mr McCarrick’s estate.

MML is understood to have doubled its money in the sale of the business. That would indicate a sale price for between €50 and €65 million, depending on the treatment of around €15 million in outstanding loan notes. On that basis, Mr Loftus and Mr Meghen will each have taken around €12 million in the sale.

Identigen has operations in Ireland, Britain, continental Europe and the US.

Identigen secured a contract worth in excess of €17 million with the Swiss meat association Proviande in 2017 to create a database of samples from every calf and cow that passed through abattoirs in the country. More recently, it has developed a new DNA tool on behalf of the Food Safety Authority of Ireland to enhance the ability of the agency to fight food fraud.