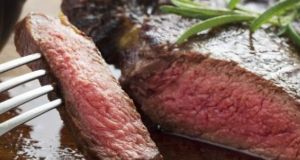 Irish food safety and traceability company Identigen has been acquired by Merck subsidiary MSD Animal Health in a multimillion-euro deal.

Financial details of the deal have not been publicly disclosed. Industry sources suggested that MML Capital Partners, which invested €12 million in Identigen in 2015 in return for a majority stake, had seen a “strong outcome” from the deal with the company believed to have more than doubled its money on its original investment.

Identigen, whose customers include meat processor Tyson Foods, was founded as a Trinity College Dublin spin-out in 1996 by Ciaran Meghen and Ronan Loftus. The company became well known internationally after conducting the tests that identified the European horse meat scandal in 2013.

Its technology combines each species’ unique DNA and data analytics to provide an evidence-based animal traceability solution, called DNA TraceBack, to accurately and precisely trace beef, seafood, pork and poultry that is verifiable from farm-to-table.

The company secured a contract worth in excess of €17 million with the Swiss meat association Proviande in 2017 to create a database of samples from every calf and cow that passed through abattoirs in the country. Last year it developed a new DNA tool on behalf of the Food Safety Authority of Ireland to enhance the ability of the agency to fight food fraud.

Identigen has operations in Ireland, Britain, continental Europe and the US.

“We now will be able to provide end-to-end animal traceability solutions at industry scale to improve the health and safety of animals and ensure even greater transparency in our food supply,” he added.

MSD employs more than 2,500 people in the Republic and earlier this year announced plans to hire an additional 200 staff across its four Irish sites.

Last month, MML Capital Partners took a controlling stake in CG Power Systems, in a move in which it said has led 400 jobs being saved in Cavan. It has also previously backed RelateCare, Lowe Refrigeration, Travel Department and Sonas Bathrooms.