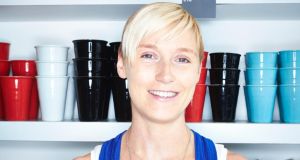 Orla Smyth: “It is striking to me that the Irish Government is representing the interests of people in Northern Ireland better than anyone.”

I was absolutely devastated from a business and personal perspective. We are a very small country. It’s much nicer to be part of something bigger. Cultural diversity is such a good thing for society.

As soon as the vote result came in, my coffee costs went up 17 per cent. I import coffee from Denmark and pay in Danish kroner. It is such a stable currency, steady as a rock. I also bring all our furniture, crockery, design in from Denmark. My main concern is nobody is telling me what is happening with the VAT situation.

One of our biggest suppliers is based in Monaghan. Initially, I was worried about Denmark and then realised I have to worry about what happens on the island too.

Absolutely nothing. I am a tiny business when compared to others. You can’t plan for the unplannable. I am not big enough to hedge against the currency risk.

Not for my coffee, as that is my unique selling point. We are a Danish coffee company so it is not practical.

I ordered 300 kilos of coffee this week. It goes from Denmark to the Netherlands to England, and then to Dublin or Belfast. I have no clue what that is going to look like post-Brexit. Even for timing.

None that I can see.

I don’t think I can ever expect to be Brexit-ready.

Best case is there is no Brexit. Second-best case is the backstop is in place and we get clarification on goods and tariffs. Worst-case scenario is that I cannot bring in my main product that I sell in the shop or I bring it in and it costs me a lot of money and I can’t pass that on to the customer.

I think it is going to be a difficult few years. Again, it is all guesswork. Nobody has any idea of what is going on.

That is impossible as I deal in freshness. I bring in coffee every two weeks.

How might government help ease the pain of Brexit for your company or sector?

We need detailed guidance. The problem is they don’t know. We want to know the exact impact on bringing in food stuffs from the EU – the VAT issues, any other tax issues and costs. Success depends on what it is going to cost us post-Brexit.

How do you think the Irish/British (or both) governments have handled the Brexit negotiations?

If they are talking about capping who can come into the country, staffing is going to be an issue. So many Europeans work in hospitality here. Also, we have been integrated into [the EU] for so long I can’t see a time when we are standing on our own as a completely separate entity trying to do business with it. I find that hard to see.

It is difficult as the atmosphere is so toxic now. In a clear world where everyone was playing fair, it would be important, but my concern is that it is such a toxic environment, particularly in England. If there was another vote in Northern Ireland, I personally think it would be much higher to remain. Ultimately there should be another vote but the circumstances don’t appear to be right for it now.