Who will replace Zinedine Zidane as Real Madrid manager? 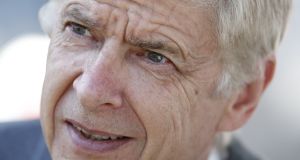 Real Madrid are on the hunt for a new manager after Zinedine Zidane announced he would leave the club.

The Frenchman won the Champions League for a third successive season as his side beat Liverpool 3-1 in Kiev on Saturday but he has decided to step down.

Here we look at a quintet of early candidates in the frame to take on the challenge of replacing Zidane.

A title winner in Italy and England, the 48-year-old Chelsea boss is widely expected to leave Stamford Bridge over the summer following a disappointing 2017/18 Premier League campaign.

A chance to move to a club with the stature of Real would suit the former Italy boss, while Chelsea could escape having to pay a severance package to remove Conte from his position.

Conte has the character to deal with the pressure at the Bernabeu and is one of the early front-runners with the bookmakers following Zidane’s announcement.

The Frenchman ended his 22-year tenure as Arsenal boss at the end of the season and is a long-term target of Real president Florentino Perez.

The 68-year-old has claimed for years that he turned down every big club in the world to stay loyal to the Gunners but now has the freedom to listen to such offers.

He has struggled to compete at the business-end of the Premier League and in Europe in recent years but could be seen as an ideal short-term solution.

The 41-year-old now coaches the youth teams at the club and, like Zidane, could be promoted from within to arguably the biggest job in world football.

He would be a favourable appointment with Real supporters even if he lacks big-game experience as a boss.

The 50-year-old Italian has the credentials to replace Zidane having won four successive league and cup doubles at Juventus.

Allegri was strongly linked with the vacant post at Arsenal when Wenger’s departure was first announced but ended speculation by saying he wants to continue at Juve.

That stance could change if Madrid come calling — although he has no European success on his CV, the closest he has come being a 4-1 Champions League final defeat to Zidane’s side in 2017.

The Argentinian has been linked with the Real top job for some time but has recently signed a new deal at Tottenham.

Pochettino is yet to win a major trophy which could work against him but the former Espanyol boss has been praised for his approach and for promoting young talent.

He made suggestions towards the end of the season that he could depart Tottenham but his fresh five-year deal makes that unlikely given just how much compensation Real would have to pay.