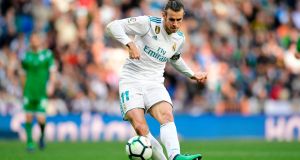 Live football matches could be shown exclusively over the internet in the UK for the first time after Sky lost the rights to broadcast Spain’s La Liga.

It brings an end to an association with Sky Sports that has lasted for more than two decades, although the broadcaster may yet be able to show games through a secondary agreement with the new rights holders.

“We are proud to build on our existing relationship with La Liga, this time in the UK, one of the most passionate football countries in the world,” said Eleven Sports’ chief executive, Marc Watson, in a statement. “We will announce soon how we will introduce innovative ways for dedicated fans to watch and engage in the live action. The way people, especially young people, watch live sport is changing and we always try to reflect that in the ways we make our product available.”

Eleven Sports would not say how much it is paying for La Liga coverage, but the arrangement comes in a declining market for sports rights. Earlier this year, Sky achieved a 14 per cent discount in securing the rights to Premier League matches and it is understood that the broadcaster was unwilling to continue paying the £18m per season agreed under its current deal with La Liga.

That has left an opening for a new entrant in the market. Operating in seven countries across Europe, Asia and North America, Eleven Sports claims to have 17 million paying customers and describes itself as a “platform agnostic” broadcaster. In Poland and Belgium, for example, Eleven Sports has both its own TV channel, and an “over the top” online streaming service – industry shorthand for the delivery of film and TV content via the internet, without requiring users to subscribe to a traditional cable or satellite pay-TV service. In the US, meanwhile, Eleven Sports leases content through broadcasters and telecoms companies. The company has not revealed which approach it will adopt in the UK.

There had been speculation that the Premier League would strike a deal with an OTT broadcaster under its latest rights deal, but that has not yet come to pass. It seems likely, however, that Eleven Sports will show at least some La Liga matches using this method. – Guardian service