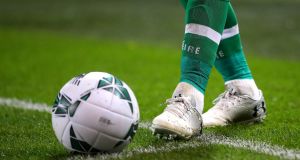 Two former FAI officers with huge experience of the game’s administration both here and abroad have suggested that the timeframe set down for the reform of the association is completely unrealistic.

Both Des Casey and Brendan Menton claim that while the reviews underway of the FAI’s governance are welcome, the current roadmap to reform as set out by the association itself and Sport Ireland is deeply flawed. The two men believe that the job cannot be done properly in time for the changes to be voted through at the organisation’s AGM on July 27th and each identifies what they feel are potentially fatal flaws in the process currently being pursued.

Casey, a former FAI President who sent on to serve as Honorary Secretary for 11 years, suggests that the investigation by the Office of the Director for Corporate Enforcement (ODCE) into possible breaches of the 2014 Companies Act needs to be completed before any changes to the association’s structures are adopted.

“I certainly don’t disagree with the concept of looking to reform the organisation but the Act is the basis for all of the investigations being carried out and it is only reasonable that everybody knows what they have uncovered before we move to make substantial changes.”

Still an Honorary Life Vice President of the association and Honorary Life Member of Uefa, where he was the last man from the Republic of Ireland before John Delaney to serve on the Executive Committee, Casey believes the foundations of the FAI’s system of governance checks and balances was systematically dismantled over the past 17 years and contends that there are “glaring omissions” in what has been put forward so far as the basis for achieving real reform.

“The association was established as a company in 1958 and the articles of the association set down then served it reasonably well up until 2002 when the Genesis report happened,” he says. “Since then, in a series of EGMs, the rules and articles have been substantially altered so as to give the board almost total control.

“Just looking at how the board is appointed gives a sense of the problem. If you take Uefa as a guide; there the board’s members are elected after which they are allocated committees to chair. At the FAI the process is precisely the reverse with the committee chairs going forward to the board. What we have are directors who are ‘selected’ rather than ‘elected’ and that is one of the points that needs to be addressed.”

Casey also points to the way in which age limits introduced at the association during his time there were set aside so as to enable Michael Cody and Eddie Murray to retain their positions as Honorary Secretary and Honorary Treasurer (both absolutely key roles in terms of achieving good governance under the articles, he says) for extended periods of time. These were the two officers, of course, who signed off on the chief executive’s expenses under the rules.

He also points to the fact that position of the League of Ireland has been deliberately weakened over time, something that has, amongst other things, resulted in a failure to make audited accounts for the league available to its clubs of the wider FAI Council which was originally intended to be the key body in terms of authority.

In an open letter to Minister for Transport, Tourism and Sport, Shane Ross and Minister of State Brendan Griffin, meanwhile, Menton – a former Treasurer and General Secretary of the organisation – echoes many of Casey’s points while setting out in considerable detail how he feels the reform process should work.

As things stand, he questions the composition of the Governance Review group, describing the two FAI nominees as “insiders” and questions whether its independent chair, Aidan Horan, has any significant experience of the game. There should, he strongly suggests, have been an presence on the committee for members of what is generally described as the “football family” who have found themselves outside of the current association’s structures.

Ultimately Menton calls for a substantial restructuring of the Council and for the appointment of five independent directors to a reconstituted board which would be chaired by an outsider.

Both men are dismissive of the idea that the current committee might be expected to do a good job by its stated deadline of June 14th, just a little over a month away.

“The investigations by Mazars, Grant Thornton, the Office of the Director for Corporate Enforcement (ODCE) and the auditor’s complaint to the Companies Registration Office are unlikely to be completed and the consequent recommendations adequately considered and implemented prior to the AGM in July,” writes Menton.

“The very fact that an investigation has been commenced by the ODCE is demonstrable evidence of how concerned the ODCE is with the current state of affairs within the FAI. In this regard it would be foolhardy to rush through reform changes before the outcome of all current reports/investigations have been considered. The outcome of these reports may well impact on the terms of reference of any necessary reform.”

He also calls for the publication of “unredacted reports on these investigations,” to be published as soon as they become available, “so that the football family can understand what has been allowed to happen”.