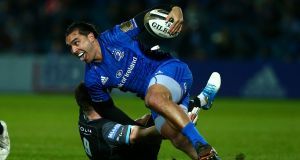 Leinster’s James Lowe will be eligible for Ireland from November. Photo: Tom O’Hanlon/Inpho

World Rugby’s Regulation 8, which allows players to play international rugby after three year’s living in their adopted country, will not be extended to a five year term until December 31st 2021.

The extension was due to come into law at the end of 2020 but last month the governing body extended the three year residency for another 12 months on “compassionate grounds” due to the coronavirus pandemic.

“Due to the disruption to the international calendar caused by the Covid-19 pandemic, playing opportunities have been significantly affected across the sport’s 127 member unions and eligible players may have been prevented from representing a union on the basis of 36 months residency by the scheduled cut-off date and would therefore automatically move into the 60-month requirement,” explained a WR statement. “In light of these exceptional circumstances, the Executive Committee, having consulted with unions and International Rugby Players, determined it was appropriate to extend the 36 month residency requirement set out in Regulation 8 to December 31st 2021.”

In November New Zealand-born winger James Lowe will become one of the last players recruited by the IRFU to become eligible under three years residency. A loophole caused by the extension will benefit some countries, like Japan and France, with club leagues that include a large spread of foreign players. For example, Edinburgh prop Pierre Schoeman can represent Scotland next year rather than in 2023.

1 Born to ride, born to win: Sam Bennett, the making of a green machine
2 Saracens’ emphatic opening salvo enough to keep Leinster at bay
3 Next stop the Champs-Elysées in green for Sam Bennett
4 Garry Ringrose: Leinster’s defeat to Saracens is ‘heartbeaking’
5 Maro Itoje proves he has no peer in the northern hemisphere
Real news has value SUBSCRIBE