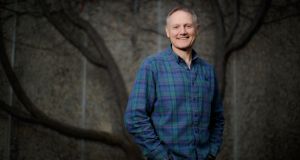 According to reports over the weekend, World Rugby are seemingly offering Joe Schmidt a new role. File photograph: Inpho

Looks like Joe Schmidt has an employment opportunity that would keep him in Dublin while encouraging a deep dive into the mechanics of elite rugby.

World Rugby are seemingly offering the 54-year-old a new role - Director of Rugby and High Performance - that would expose the former teacher to a brand new set of students: match officials.

Schmidt, according to The Sunday Times, would fill a number of gaps but primarily enhance communications between coaches and referees. This sounds like a perfect fit when we consider the errors he routinely exposed, with painful detail, in post match essays penned down through the years for WR referees chief Alain Rolland (a collection of these unpublished emails would almost certainly deliver a superior book to last year’s Ordinary Joe).

The Times also reports that Rolland has stepped away from the role after last year’s World Cup in Japan, when poor communication surrounding rule interpretations, especially the failure of senior referees to show red cards for high tackles, was repeatedly exposed.

Such an appointment does beg the question: how long would Schmidt be content to fill a glorified role of administrator/educator in chief?

Maybe the proud Irish citizen simply wants to keep living in Dublin - hence the silencing of rumours linking him to Bath and a host of other clubs - or maybe, in time, he will become the first ex-Ireland coach to be recycled by the IRFU.

The manner in which Brian Ashton, Warren Gatland, Declan Kidney and Eddie O’Sullivan were removed from the gig made it impossible to reintegrate them into the provincial system.

Eventually, the unmitigated disaster of 2019 will be overshadowed by what Ireland and Leinster achieved on Schmidt’s watch. This new role - World Rugby described the story as “speculation” - would also qualify him to succeed David Nucifora or slip into a provincial squad when one of the current coaches runs out of road.

Either way, Joe the influencer is due a second act.

With James Ryan unable to deliver his guaranteed double double statistics - 10 plus carries and 10 plus tackles in almost every game he has played since infancy - Leinster will be relying on superhero numbers from another St Michael’s College man in the coming months.

There’s certainly enough of them. In line with the club’s ‘next man up’ philosophy, Ryan Baird’s minutes alongside Scott Fardy and Devin Toner should significantly increase. The 21-year-old has certainly earned a shot against Munster giant RG Snyman on Saturday week.

“Ryan’s made an impact on the scene already, hasn’t he?” said Leinster forwards coach Robin McBryde with a nod to the eve of lockdown hat-trick against Glasgow. “He caught the eye with a 60 metre dash, his close quarters skills are pretty good as well and his lineout is excellent.”

The other St Michael’s graduate everyone wants to see again is Dan Leavy. 17 months recuperating from a dislocated and sliced up knee, the 26-year-old is primed to make his latest recovery.

“The aim is to get him back for those first two matches,” said McBride. “It’s a gradual return with Dan and rightly so, but he has taken part in the majority of [CONTACT]sessions. Time will tell but he is doing as much as he can. He will not be too far away.”

The continued dominance of the Canterbury Crusaders has provided some vital rugby sustenance during the pandemic but the usual break dancing celebration by coach Scott Robertson was put on hold due to the serious nature of Oli Jager’s injury.

Jager, the former Blackrock tighthead prop, was unable to command a starting berth during the restarted Super Rugby tournament but on Saturday he came off the bench only to be hospitalised by an off the ball shoulder from Sio Tomkinson.

Referee Paul Williams produced a yellow card - a ridiculous call when compared to Bundee Aki’s red card against Samoa last year - as the unconscious Jager was carted off the field during Canterbury’s 32-22 victory.

“There is a judiciary for this reason,” said a diplomatic Robertson. “It felt like there was contact with the head, he was knocked out and it was off the ball. So, Oli’s in hospital going through all the tests. The best place for him, pretty brutal comp isn’t it?”

You can understand why Robertson had no interest in spinning around on his backside despite Canterbury completing the four in a row with a round to spare.

Leinster captain Sene Naoupu describes the discovery of a tumour in her neck after an MRI scan following defeat to England last February: “Yeah, I did get a fright. Our team medic, Dr Matt Cosgrove, gave me a call and asked me if I was somewhere I could sit down and if I had family around me.”

12 - days until rugby returns to the Aviva stadium with Munster v Leinster.

1 Gordon D’Arcy: the next fear for Irish rugby is England in Twickenham
2 David Moyes discovered positive test an hour after arriving at London Stadium
3 Seán Moran: Fallout from Tyrone final celebrations will concern GAA
4 Pro14 teams need private planes to keep show on the road
5 How Dundalk’s opponents Sheriff started on wrong side of the law
Real news has value SUBSCRIBE