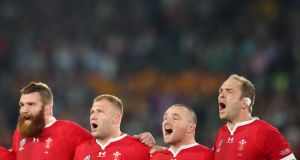 Sport has shut down all over the world as countries look to contain the spread of coronavirus. There was an attempt 116 years ago to shut down rugby in Wales permanently: a religious revival regarded the sport an an affront to the Almighty and a number of clubs did close only for rugby to emerge as the country’s national sport.

The revival started at the end of November 1904 when a trainee minister and former coal miner, Evan Roberts, began praying nightly, with a group of students from his home church in Loughor, that his life would be completely surrendered to God. Within a week it spread throughout the area and there many of the masses who were converted were not churchgoers. And then far beyond.

“The Revival infused new hope and vigour in a Welsh nonconformity badly shaken by the growing secularism that accompanied the enormous changes that had visited late 19th-century Wales,” wrote the Welsh Rugby Union’s biographers, David Smith and Gareth Williams, in Fields of Praise.

“Chapels, throughout the industrial valleys especially [Roberts refused to visit ‘English Cardiff’], were packed to hear the evangelist and his lady singers. The Welsh press reported these emotional meetings with the same degree of detail and fascination they normally reserved for rugby football. Wales was a society in the making.”

The revival condemned rugby, along with drinking and gambling. International tickets were torn up in public and jerseys ceremonially burnt. Rugby clubs suddenly closed down; some, like Loughor, did not play again until 1909. After hearing Roberts preach at Kenfig Hill, one player announced to the congregation: “I used to play full-back for the Devil but now I am forward for God.”

Morristown, Penygroes, Crynant, Ammanford and Senghenydd were among the clubs who suspended playing, prompting a visiting Frenchman, Jacques Rogues de Fursac, who had been commissioned by his government to report on the revival, to conclude that the Welsh temperament swung wildly from one extreme to another, a view Graham Henry was to echo more than 90 years later.

Before the revival, Wales had come under pressure from some of its Four Nations rivals for conniving at professionalism. Ireland especially felt the Welsh had an advantage over the rest because many of their players were working class, gaining fitness and strength through their occupations.

Wales won the triple crown in Dublin that year and Smith and Williams quote from a subsequent meeting of the Irish Rugby Football Union in Cork when a rise in admission prices was proposed to keep out the roughs.

“Last year, the Welsh fellows broke in all over the ground and smashed up everything they could lay their hands upon,” said the union’s treasurer, who pointed out £50 had been paid for a dinner in Scotland’s honour but only £30 for Wales. “The reason for this was that champagne was given to the Scotsmen and beer only (but plenty of it) to the Welshmen. The Scotsmen were gentlemen and appreciated a dinner when it was given to them. Not so the Welshmen.”

The revival changed behaviour. Convictions for drunkenness fell by 50%, several pubs went bankrupt and the historian J Edwin Orr noted: “Crime was so diminished that judges were presented with white gloves signifying there were no cases of murder, assault, rape or robbery to consider. The police became unemployed in many districts and stoppages occurred in coal mines not because of any unpleasantness between management and workers but because so many foul-mouthed miners became converted and stopped (swearing) that the horses which handled the coal trucks in the mines could no longer understand what was being said to them.”

Thirteen months after the revival started, Wales beat New Zealand at Cardiff Arms Park. The 3-0 defeat was the only setback on the All Blacks’ 35-match tour of the four home unions and France that ended five months after it had started with two romps in California. Rugby developed a religious fervour in the country, a “collective bid for Paradise rather than an individual dash for heaven was what came,” as Smith and Williams put it.

“There was a semi-religious, almost fanatical invocation in the fervour when the great assembly (prompted by the Wales team who sang Hen Wlad Fy Nhadau after the haka) it was not the country’s national anthem then but soon was) took up the strain: the Land of My fathers, the Land of the Free,” wrote a reporter at the match. The singing, said the New Zealand captain Dave Gallagher, had more to do with his side’s defeat than anything else that happened.”

By the end of the decade, wrote Williams, “rugby football, along with coal, hymns (Cwm Rhondda was adopted as a battle-hymn of Welsh rugby crowds during Roberts’s revival) and Lloyd George signalled the full blown arrival of Wales into the modern world.” By 1911, Wales had won 35 of their past 43 internationals, securing the triple crown six times, taking off along with the country’s economy but suffering when there was a downturn in the 1920s and 20 per cent of the population left the country to find work elsewhere.

The revival may have shut down some clubs rather than the game itself but it opened eyes and minds. The current position is far different but sport, at some point, will resume. If it can capture the collective spirit that was Roberts’s legacy, with the various strands that make up rugby working together rather than pre-occupied with self-interest, it will be the stronger for it. - Guardian