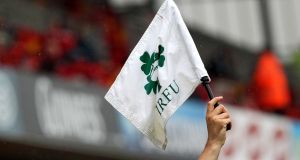 The IRFU has announced pay deferrals ranging from 10 to 50%. Photograph: Inpho

All Irish rugby players and staff across the four provinces will be subject to scaled salary deferrals ranging from 10 to 50 per cent over the next two months.

This is in light of the IRFU’s decision to extend the existing lockdown at provincial level by another eight weeks before a hoped for conclusion to the 2019-20 season during an eight-week bloc in July and August.

That optimistic contingency plan is based on the premise that Government and health authorities permit some kind of resumption to normality by that stage, and with that to sporting activities.

It is also based on the anticipated cancellation of Ireland’s proposed two-Test tour of Australia scheduled for Saturday, July 4th in Brisbane and a week later in Sydney given the current global extent of the coronavirus pandemic and the restrictions on travel.

The agreed salary deferrals of 10 to 50 per cent are on foot of the indefinite postponement of the 2019-20 Guinness Pro 14 and Heineken Champions Cup due to the Covid-19 outbreak.

This follows two weeks of regular discussions between the IRFU and Rugby Players Ireland, the union which represents the players, with the Union and the provinces confirming in a statement at 5pm on Friday that the deferrals will be “based on an equitable sliding scale which ranges from 10%-50%” to become effective from April, “and beyond if required, but will remain subject to constant review of the financial circumstances of the IRFU and Provinces.“The IRFU hopes to return to full pay, and repay any deferrals, as soon as possible.”

The IRFU chief executive Philip Browne said the Union “remain hopeful that something of this season can be retrieved later in summer” but that “the IRFU and the provinces are facing some daunting financial challenges around loss of revenue and cash flow and we must cut our costs.”

RPI CEO Simon Keogh said: “We recognise the need to work with the IRFU with respect to these payment deferrals in light of the current circumstances. All endeavours have been made to contact those affected on an individual basis.”

The IRFU’s cash flow problem between now and the end of the 2019-20 season, which is also their financial year, is due to the postponement of the Guinness 2020 Six Nations game against Italy at the Aviva Stadium and the inability to complete the tournament.

These two developments alone would be worth in the region of €6 million-plus, which will hopefully be recouped later in the year, albeit the Union and the provinces (especially Leinster) could incur further losses running into millions were the Pro 14 and Champions Cup not to be completed.

These salary deferrals are also in tandem with the IRFU’s contingency plans for the remainder of the season, which they have relayed to the players.

The four provinces have been in lockdown for the past week and the Union have extended this for another eight weeks, as the players continue to train in isolation, and a putative date of May 18th has been set for a return to training.

This has been outlined in an email to the players signed by David Nucifora, in which the IRFU’s performance director tells them: “There will be no collective training during this period, but your provinces will be advising you on your individual programmes for training in isolation. Although it is difficult to plan with any great certainty at this stage, we are exploring with the other Unions the possibility of finishing the 2019/20 PRO14/EPCR season during an 8-week block across July and August.”

In what is likely to be a co-ordinated response to the current upheavals in a bid to draw up contingency plans for some kind of meaningful conclusion to the 2019-20 seasons it is expected that World Rugby, having called off their annual Under-20 World Championships scheduled to take place at the end of June in northern Italy, may make a pronouncement on summer tours in the next week or two.

As with Ireland’s tour to Australia, it’s hard to see the scheduled tours by England, France, Wales and Scotland to Japan, Australia, Argentina, New Zealand and South Africa in July, going ahead.

The IRFU have also confirmed they had cancelled the 2019-20 club season with immediate effect, meaning there will be no relegation or promotion in any of the five divisions of the Energia men’s All-Ireland League.

Instead, it is intended that all clubs will start from zero again in new 2020-21 competitions, and the blanket full stop applies all the way through women’s and underage down to mini rugby. With no home games and no annual dinners, this is a crippling blow to the clubs, who will be desperate for some financial assistance from the Union.