Jack Carty has the tools to cope with difficult times

On defeat in Japan: ‘I did use the Tackle Your Feelings app just as a mental check-in’ 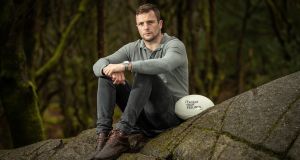 Jack Carty isn’t the first rugby player, nor the last, to have searched his own name on social media after a match only to then let the abusive messages affect his well-being.

Like Scottish players Adam Hastings and Stuart Hogg, two of innumerable players to have suffered spiteful abuse on social media, Carty also admits he even let it damage his love of the game.

Alun-Wyn Jones was recently bombarded with vitriolic messages for objecting to Joe Marler grabbing his groin during the England Wales game. So too, even more disgustingly, was Danny Cipriani, after his tribute to his former partner, Caroline Flack, following her death last month.

Mercifully, like Hastings, Hogg and others, Carty learned not to punish himself any more. The Connacht and Ireland outhalf also found comfort in the Tackle Your Feelings campaign, for which he is now an ambassador and the mental health awareness project is particularly relevant given the myriad worries and enforced isolation prompted by the coronavirus pandemic. He is lending his support to the #ImTakingControl campaign which encourages people to take control of their mental wellbeing using principles from both sport and positive psychology.

“I looked for validation for my performance externally rather than internally,” he recalled of his first days in the Connacht team. “I remember straight after games, I’d be going straight on to my phone and typing my name on to Twitter. Then I’d take what people said on that timeline as whether I had a good or a bad game, and that kind of determined my happiness levels or how I felt for the next three or four days. So I’ve tried to learn to take the emotion out of how I played.”

To that end Carty saw Niamh Fitzpatrick, a psychologist, to address his mental well-being, his application to training and to rediscover the fun in the game “because there was a period of time I wasn’t enjoying rugby whatsoever”.

“There were a couple of times when Pat [Lam] took me out of the team, not because of performances or anything like that, but because the stuff online had such an impact on me that he was protecting me as a player.”

Carty no longer types his name on Instagram or Twitter, and those early experiences also better prepared him for the fall-out from his last appearance for Ireland in the World Cup pool defeat by Japan.

“I did use the Tackle Your Feelings app just as a mental check-in. I would have done a good bit of journaling every day and then I spoke to people around me, my parents, my friends. I was rooming with Bundee [Aki] when I was over there and I would have spoken to him and to Robbie [Henshaw]. It was just about being open, recognising how I felt and then when I was feeling down I would do something which would put me in a better mood.”

In the current “new normal” of the Covid-19 pandemic, Carty recommends contact with people, especially through Skype or Face Time, which is how he has been communicating with his parents, Susan and Ted, back home in Athlone.

He’s also helped by having the routine, if no longer the camaraderie, of training as a professional rugby player. He and his housemate, the Connacht hooker Jonny Murphy, drove to Dublin a fortnight ago to pick up some gym equipment from McSport, as several other Irish players have done.

Connacht’s gym equipment was also dispersed to squad members depending on their individual needs. He has a shed big enough to accommodate them and the recent good weather, even in Galway, has enabled them to train in the garden.

After their double sessions in the morning, that still leaves more time to exercise the mind. His girlfriend Rebecca, who works with Linkedin, and Deirdre Lyons, Connacht’s rugby players’ Ireland rep, have sent him some courses, one of which was in negotiating.

“There’s contracts coming up in the next couple of years, so you need help negotiating,” he quipped.

He doesn’t miss training in the rain and mud, more the simple daily things.

As well as the daily interactions, he misses “just throwing a rugby ball around. You probably take that for granted when you’re doing it every day.”

This is the second week of a projected nine-week lockdown for the players, with the IRFU indicating the season might possibly be finished over an eight-week bloc in July and August.

“But obviously the rugby season is pretty minuscule in comparison to what’s going on. So whenever that decision has to be made, it will be the right decision in terms of everyone’s safety.

“I’d love it if there was a season to finish. We’d got ourselves into a strong position, but in the grand scheme of things I suppose it’s not that big.”