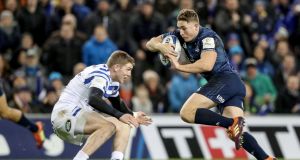 Kick-off: 5.15pm, Saturday. Venue: Thomond Park. How to follow: The Irish Times liveblog will begin at 4.45pm. On TV: Live on Eir Sport.

Leo Cullen has recalled a number of his big guns for Leinster’s meeting with Munster at Thomond Park on Saturday while Johann van Graan has changed almost his full starting line-up from the team that lost to Ulster.

For Leinster, Jordan Larmour comes in at full back and with James Lowe coming in on the left wing, Dave Kearney moves across to the right wing from last Saturday’s bonus point win over Connacht.

Rory O’Loughlin is again selected in midfield but shifts inside with Garry Ringrose coming in at 13. There is a new pair in the half backs with Luke McGrath partnering captain Johnny Sexton.

It’s an historic evening for Clontarf man Cian Healy as the 31-year-old loosehead prop runs out for his 200th cap for Leinster. Healy made his debut in May 2007 against the Border Reivers and has since then scored 22 tries for Leinster and has represented his country 84 times and has two Lions caps.

For Munster there are 12 changes with CJ Stander set to captain the side while Jean Kleyn maintains his place for his 50th cap.

Mike Haley continues at full-back with wingers Andrew Conway and Keith Earls completing the back three.

Rory Scannell and Dan Goggin form the midfield partnership with Conor Murray and Joey Carbery in the half-backs.

Dave Kilcoyne, Niall Scannell and John Ryan start in the front row as Kleyn is joined by Tadhg Beirne in the engine room.

Fineen Wycherley keeps his place in the back row with Chris Cloete and Stander completing the starting lineup.