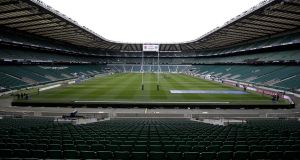 England’s relegation from the Six Nations would be “catastrophic” for the game on these shores, according to acting Rugby Football Union chief executive Nigel Melville.

Although England’s drop out of the Six Nations is a highly-unlikely scenario, it has been suggested that were it to happen then Twickenham would have to be sold.

In a comment that appears to end the prospect of the Nations Championship being approved in its current format, Melville insists the RFU will not allow ownership of its 82,000-capacity ground to ever be threatened.

“I think we make sure it doesn’t arise. That solves that problem. You just don’t want to get into a situation where you’re making decisions like that,” Melville said.

“To be relegated, the catastrophe isn’t just the team being relegated, it’s our ability to fund the game as a governing body in England.

“Can we fund the community game in England to the level we do now if we don’t have the revenues we have?”