A certain kind of homecoming beckons for Vunipola 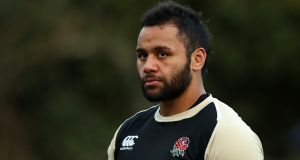 Billy Vunipola: “This game runs a little bit deeper, and everyone knows that, and we have to be prepared to fight that.” Photograph: David Rogers/Getty Images

People say love comes in different shapes and sizes, and in Wales on Saturday it will in a powerful frame of 6ft 3in and 20st 7lb.

Billy Vunipola says he wants to show the Welsh just how much he cares by helping England win at the Principality Stadium. No joke.

Vunipola moved to Wales when he was six years old, and he has so much affection and respect for the people he knows there that he will be using those feelings as fuel for the “emotional battle”.

After all, Vunipola says, when you are looking for motivation “love works better than hate because you have a clear mind. With hate you think everything’s wrong and it’s not your fault”.

Vunipola is hard enough to be comfortable showing his soft side. He is happy to talk about how much love he feels for the Welsh, even though he knows that the feeling is not always mutual.

“This game runs a little bit deeper, and everyone knows that, and we have to be prepared to fight that,” he says. For his part “there’s no hate there”. He still has family and friends in Wales, from the five years he spent there while his dad, Fe’ao, was playing for Pontypool, it’s just that “once or twice a year, we kind of divide”.

When he was a child, Vunipola never really understood why all his Welsh friends felt the way they did about the English.

“I just followed what everyone else was doing. But obviously now I’m on the other side of the fence, I can understand them supporting their own. They are a very tight-knit community.”

It is up to England, he says, to match that intensity, “because we know it’s coming. They have said it themselves, and it’s no joke. We would be kidding ourselves if we went there and said we can just do our job and everything would fall into place. When you play the Welsh it’s always a very emotional game.”

It’s just that his emotions are a little different to everyone else’s. He will be thinking in particular about Terry Gordon, the old kit man at Pontypool “who took pity on my dad and took us all under his wing”.

“We were at his funeral in Wales a few months ago.”

When the family arrived in Wales they had never really been outside Oceania before, and had no idea what to expect.

“We came in the winter in shorts and a T-shirt,” he says. “We didn’t know what to bring. We were very naive when we first came over and didn’t think it would be that cold.”

He remembers that he and his brother Mako were amazed that they could see themselves breathing.

“We thought that was the coolest thing ever. We pretended we were like the old guys smoking. But it wasn’t cool when we were trying to go to sleep and it was still happening.”

Gordon gave them “extra duvets, extra pillows, jumpers – all those little things, those little gestures, and big things too: like helping with visas, and my dad’s work permit and things like that”.

Mako has still got a hint of the old Welsh accent. Billy says he used to have one too but lost it when he won his scholarship to Harrow, because “they didn’t understand me, so I tried to be very clear with my words”.

Despite all that, he says he has always felt loyal to England because the people there were so good to him.

“Just like in Wales, I had great people who brought me through the system,” he says. “I was only 15 at the time and I got called up to the under-18 set-up with John Fletcher and Peter Walton, and for three years those guys nurtured me, turned me into the player that I am today.”

That player, of course, is one of the best in the world, although he says he is still looking for his best form after all the injuries he suffered last year.

This weekend would be a good time to find it.

“There’s more urgency this week,” he says, because two of England’s best players, Mako and Maro Itoje, are injured. So he is feeling more pressure than ever to deliver, though he knows his Welsh friends will not thank him for it if he does. “It’s only one game,” he says. “And it is such a great occasion. You just hope you can come out the other side with a great result.”