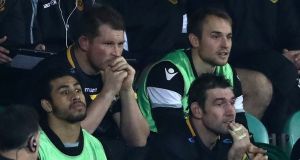 Dylan Hartley’s six-week ban for striking Sean O’Brien is the latest misdemeanour to have tarnished his appalling disciplinary record. The England captain’s brushes with the rugby authorities have now seen him suspended for a total of 60 weeks.

April 2007 — banned for 26 weeks after being cited for eye-gouging Wasps forwards James Haskell and Johnny O’Connor.

March 2012 — received an eight-week suspension after being cited for biting the finger of Ireland back row Stephen Ferris while playing for England in a Six Nations game.

December 2012 — banned for two weeks after being cited for punching Ulster hooker Rory Best during a Heineken Cup match.

May 2013 — sent off for verbally abusing referee Wayne Barnes during the Premiership final against Leicester at Twickenham. Received an 11-week suspension that prevented him from taking his place on the British and Irish Lions tour to Australia.

December 2014 — sent off for elbowing Leicester centre Matt Smith in the face. Banned for three weeks.

May 2015 — banned for four weeks after head-butting Saracens’ Jamie George in Northampton’s 29-24 Aviva Premiership semi-final defeat to Saracens. As a direct consequence, England ruled Hartley out of their World Cup plans.