Conor Murray on dangers of returning from nerve injury 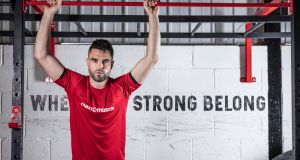 Conor Murray has delivered the most positive update on his well-being since suffering the nerve issue in his neck/shoulder/arm arising from the stinger he sustained against Wales on March 10th.

Indeed, the 28-year-old anticipates returning to action this Saturday for Munster in their final game of the regular Guinness Pro12 season against Connacht at Thomond Park on Saturday.

Failing that, he is adamant that he will return a fortnight later for Munster’s home semi-final, thus dispelling much of the concern regarding his availability for the Lions tour to New Zealand.

“I’m good, finally. I’ve been training with the lads for the last couple of weeks and trained Monday, Tuesday and Wednesday of this week, I’ve been doing gradual return to play contact and yesterday did full contact, tackling people and taking proper hits, getting tackled myself and feeling pretty good.

“So hopefully I’ll be playing really soon, potentially I’ll be involved this weekend, we’ll wait and see how we go.

“It is and it was a day by day thing, you have to wait and see how you react the next day after you exercise and it’s been really good.

“So I’ve got my strength back and it’s a case of taking contact and not being worried about taking contact, which I haven’t been for the last week or two. So pretty positive, yea.”

During his seven week absence he missed Ireland’s Six Nations finale against England and both Munster’s European Champions Cup quarter-final win over Toulouse as well as their semi-final defeat to Saracens, and he admitted there were times when he was worried that his season might be over, and with it the chance to again tour with the Lions.

“Initially we thought it would come back a lot sooner than it has come back and with the uncertainty around the nerve injury, I was pretty worried because there’s Cups to play for and there’s a big tour in the summer that obviously...and thankfully, I was selected on and really want to go because it’s going to be massive.

I feel really good, and I feel ready to play and hopefully I’ll be involved potentially this weekend

“So yeah, there was worry there because with a nerve injury it’s not like a muscle injury where you’re told you’ll be back in four weeks and you’re back in four weeks, it’s a little bit of an unknown. Nerves are sensitive, they can come back in a week or can take six or seven weeks, or they can take longer.

“Thankfully I’m at a stage where my strength is back and I’m taking contact, and I feel pretty good. I feel really good, and I feel ready to play and hopefully I’ll be involved potentially this weekend.”

In any event, if it was decided not to risk Murray this Saturday for what is effectively a dead rubber, he said there should be no issues about him returning a fortnight later.

“I would put a good bet on that I would be back for the semi-final. With the way I’ve been progressing over the last couple of weeks, it would suggest that I am ready to play. I’ve been staying fit, I’ve been able to run and to do skills and it was just the strength thing that we were waiting to come back and I feel ready to go.

“And if it’s not this weekend for whatever reason, if I wasn’t picked or people wanted to rest me a little bit longer, that would give me another week as it’s the Champions Cup final to regenerate as well. So I’d be very, very confident that I’ll play rugby before we depart.”

Munster have been noticeably respectful of his situation, and put him under no pressure to return. Quite the opposite.

You might have a permanent strength deficit, you mightn’t be able to get the power back in your arm

“No, not at all and that’s the most important thing because with a nerve injury if you come back early and you damage it again, you might have a permanent strength deficit, you mightn’t be able to get the power back in your arm and that’s the worst case scenario, and that’s hopefully something that I wasn’t going to be looking at.

“But you have to be really sensitive with nerve injuries. With muscle tears you might be able to push the boundaries a bit, if it was a slight hamstring tear you might come back a week early if it was a massive game.

For this injury it didn’t matter what game. If I came back this weekend, people might say, ‘Why didn’t you push it for a bigger game a couple of weeks ago’?. But it’s not like that, you have to be certain about it and we’re at that stage where I’m taking contact and feeling really confident with it.”

*The British & Irish Lions, Ireland and Munster scrumhalf Conor Murray was relaunching Maximuscle in Ireland with a new range of protein bars.

1 Keith Duggan: Through the glories and the disgraces, we were all Maradona addicts
2 ‘God is dead’: The world’s front pages remember Diego Maradona
3 GAA Statistics: Can Cavan and Thomas Galligan beat Dublin with the long kickout?
4 Andy Farrell hands Billy Burns first Ireland start against Georgia
5 Rugby Stats: Blame game at lineout time is on the whole team
Real news has value SUBSCRIBE

Andy Farrell hands Billy Burns first Ireland start against Georgia 12:38
‘God is dead’: The world’s front pages remember Diego Maradona 10:40
Diego Maradona dies aged 60; can Cavan’s kickouts do for the Dubs? 07:48
Joanne O’Riordan: Peamount show their pedigree as they prove themselves again 06:37
Fear won’t be a factor as Waterford get their licence to thrill 06:00
Crossword Get access to over 6,000 interactive crosswords