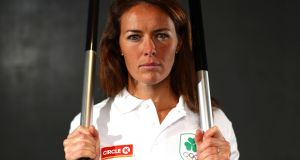 Ireland’s Jenny Egan took a silver medal in the women’s K1 5,000 metres at the canoe sprint World Cup in Poznan on Sunday.

Egan had won gold in the World Cup in Portugal in 2018, and she almost matched it in Poland, coming home just over half a second behind the winner, Inna Hryshchun of the Ukraine. Slovakia’s Mariana Petrusova took the bronze.

Egan and the Ukranian broke away after the second portage about halfway through the course and despite two efforts to take the outright lead, the Irish woman could not quite master it.

“It was a really good race. I’m happy with it – it was my first 5,000 metre race of the year,” Egan said. “It’s also my first time on a podium in Poznan. I’ve had some disastrous races here.”

Egan said she was looking forward to the next World Cup in Duisburg next weekend.

On Saturday, she took fifth in the C Final of the women’s K1 200, placing her 23rd overall in this discipline, while she did not make it through to the semi-final in the K1 500. Both are Olympic disciplines.

The Ireland paddler said she is working hard on her speed over the shorter distances.