Ireland beaten by barest of margins after courageous run chase 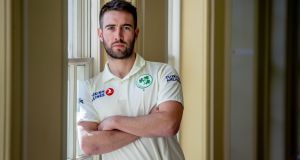 For the second match in a row between Ireland and Scotland, the result has been a one-run victory – this time to the Scots – after a courageous run chase saw the men in green defeated by the barest of margins in an ICC T20 World Cup Qualifier warm-up match on Tuesday.

After losing the toss, Ireland bowled first on what seemed a batting-friendly track. The Scots top-order fired, and were 78-0 in the 7th over before the first wicket fell. The main damage was done by George Munsey, who hit 86 runs from 41 balls – an innings which included five sixes. A quickfire 39 from 18 balls by Oli Hairs continued the momentum, but the middle-order succumbed to improved bowling, at one stage losing 5-47. Scotland’s final total was 210-8.

For Ireland, David Delany returned to the side after missing the Oman series with an impressive 3-35, while spinners George Dockrell (2-36) and Gareth Delany (1-33) helped pull the run rate back.

Ireland’s response did not start well, losing Kevin O’Brien first ball for a duck, but soon gathered momentum. Led by Andy Balbirnie (70 from 48 balls), and supported by Gareth Delany (20 from 9 balls), Harry Tector (22 from 9 balls) and Gary Wilson (22 from 14 balls), the Irish batters kept pace with the run rate required into the middle-overs.

Momentum stalled just after the halfway mark of the run chase, and it took a powerful innings late on by Mark Adair (45 from 24 balls) to get Ireland within a single hit of an unlikely victory. Needing three runs from two balls, Adair fell from the penultimate ball, while David Delany was run out of the last ball making an attempt to get back for two and force a tie. Ireland’s 209-9 was an admirable chase, but agonisingly short, with Scotland prevailing by one run.