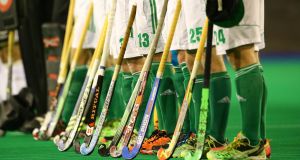 Hockey Ireland have secured the signature of Alexander Cox as the men’s head coach for their World Cup campaign in November.

The 40-year-old Dutchman takes on the role on August 1st, eight weeks after Craig Fulton left the post for a job as Belgian assistant coach.

Cox arrives with an immaculate CV, leading club side SV Kampong to the Dutch title for the past two years, ending a wait of 30 for the toughest won title in club hockey.

He also landed the 2016 Euro Hockey League with the club, as well as a 2017 European Under-21 Championships gold. Previously, he has been on the coaching ticket with the Dutch senior men and women in an assistant’s post, helping the women win an Olympic gold in 2012.

Hockey Ireland has confirmed he will remain in the job until the end of the World Cup but they are hopeful they can coax him to stay in the job on a longer-term basis. He will also remain in charge of Kampong for the initial spell.

The announcement comes in the week of Ireland’s last competitive action of the summer, the Four Nations tournament in Dusseldorf when they take on Argentina, France and Germany.

In the squad rotation - managed this week by John Bessell - David Harte is back in along with John Jackson and Matthew Bell. Sam O’Connor, Mitch Darling, Mark Ingram, David Fitzgerald and Shane O’Donoghue step out for this tournament.