Shane Lowry has good reason to head for Memorial Tournament 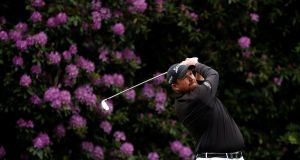 Shane Lowry’s decision to fly west rather than east, favouring the Memorial Tournament in Ohio on the PGA Tour this week over the Italian Open on the PGA European Tour, was, in a way, forced on him by his lowly position on the US circuit’s FedEx Cup points table.

Currently lying in 164th on that FedEx Cup list, and with most of his upcoming schedule back this side of the pond on the European Tour, Lowry felt it necessary to chose the Memorial over the Italian Open (part of the Rolex Series and with bumper Ryder Cup points) even if it also further complicated his attempts to earn an exemption into the US Open which takes place at Shinnecock Hills on June 14th-17th.

A shift in the European international qualifier, traditionally and conveniently held on the day after the BMW PGA finished, but now moved to next Monday at Woburn on the day following the Italian Open, means Lowry – if he doesn’t force his way back into the world’s top-60 following the Memorial – will have to attempt to qualify, playing the course blind, at one of the qualifiers in Ohio next week. “I think it is a very poor decision,” said Lowry of moving the dates for the European qualifier, “but it is what it is.”

Lowry, though, firmly believes that his game is finally ready to click into gear. A tied-15th place finish in Wentworth moved him up three places in the latest world rankings (to 82nd). “I was hoping for a better finish and felt I could have done, but that’s the way golf is and I will go on to the Memorial and try and do it there . . . I need to look forward to the future. I was good on the greens, my driving was pretty decent and my short game is back to where it was. My game is back and I am quite close to something special,” he said.

Only two years ago, Lowry led going into the final round of the US Open at Oakmont but, having slipped down the world rankings, is fighting a battle on two fronts in a bid to earn a place in the field for Shinnecock: the first route would be to break into the world’s top-60 for next Monday’s final cut-off point on the world rankings; the other necessitates battling his way through the sectional qualifier on an unfamiliar course.

“That’s golf, that’s the way it is, this game takes no prisoners, it doesn’t give you anything,” admitted Lowry, aware that he still has it in his own hands to ensure he makes it into the US Open field.

Lowry is not the only one looking for his game to click into gear in Ohio, with Rory McIlroy – who finished runner-up to Francesco Molinari at Wentworth – is also back on the PGA Tour in search of a win.

The Northern Irishman discovered the recent work he’d done on tweaking his swing hadn’t fully bedded in under pressure of tournament play but claimed: “It’s close, it’s very close, it’s not far away. I get a bit down on myself because my expectations are high, and with a 36-hole lead, I should have closed it out. I just need to do a little bit more work. I’ll go to the Memorial and try to put myself in another position to win and see if I can get the job done there.”

While Lowry and McIlroy aim for glory at the tournament hosted by Jack Nicklaus, the Italian Open – with its €6 million purse – will provide Paul Dunne, who missed the cut at Wentworth, a final chance to jump into the world’s top-60 ahead of the US Open cut-off. He is currently 71st. If he fails to break into the top-60, Dunne will revert to Plan B and play in the international qualifier in Woburn next Monday.

Dunne is one of three Irish players competing in the Italian Open, the second of eight Rolex Series events on the European circuit. Pádraig Harrington and Graeme McDowell, who is already exempt for the US Open, are also competing in Brescia.