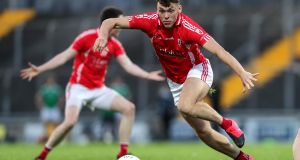 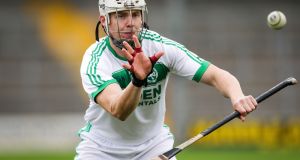 Cavan SFC final
Crosserlough v Kingscourt Stars, Kingspan Breffni Park, 7.15 – Live RTÉ2
Kingscourt are back in a final for the first time since 2015 after a Patrick Meade-inspired ambush of favourites Cavan Gaels. Crosserlough did their own bit of tree-felling by knocking out a Castlerahan side, which had been in the last five county finals, in a terrific contest that went to extra time. Crosserlough have the edge.

Clare SFC final
Cratloe v Kilmurry-Ibrickane, Cusack Park, 4.30
You’d have to fancy Kilmurry, who have been hardy and high scoring in this year’s championship. Cratloe with the Collinses in galvanic form have done well to reach the final and were blessed by some of St Breckan’s finishing in the semi-final.

Cork SHC semi-finals at Páirc Uí Chaoimh
Blackrock v UCC, 4.0; Glen Rovers v Erins Own, 7.30
A decent rather than galactico college team have the edge with Kerry sharp-shooter Shane Conway on board whereas the Glen look unlikely to be derailed en route to what would be an interesting final.

Kerry SFC final
East Kerry v Mid Kerry, Austin Stack Park, 7.0
David Clifford returns from suspension to bolster East Kerry’s bid for back-to-back titles for the first time since the three-in-a-row team of the late 1990s. They managed Tralee divisional side St Kieran’s comfortably enough and whereas Mid Kerry had a fine victory in their semi-final against Dr Crokes, they may find it difficult to pull another one out of the locker against the champions.

Clare SHC final
O’Callaghan’s Mills v Sixmilebridge, Cusack Park, 3.0
O’Callaghan’s Mills did really well to get past recent All-Ireland finalists Ballyea and were the better team. This is a first final since 1993 whereas the last title came 83 years ago. Coincidentally the ’93 final when they lost to this weekend’s opponents was the last time the Bridge retained the championship. Their defensive inclinations will make it hard for the Mills, for whom unfortunately destiny isn’t always a reliable indicator.

Dublin SFC final
Ballyboden St Enda’s v Ballymun Kickhams, Parnell Park, 4.30 – Live TG4
Brendan Hackett’s point that Ballymun have benefited hugely from having so many Dublin players fresh and uninterrupted was fairly evident in the performances of James McCarthy and the Smalls. The semi-final win over Kilmacud was impressive in the endgame until the old failing of indiscipline cost them an in-form Davy Byrne for the final. Ballyboden bring the obvious challenge of being champions, a monolithic physicality and strength in depth. Beating Jude’s without either Colm Basquel or Michael Macauley was impressive but they’ll need them firing for this. If their focus is right, Ballymun can do it.

Fermanagh SFC final
Derrygonnelly v Ederney, Brewster Park, 6.0
Another heartstrings tugger with veteran Marty McGrath lining up as Ederney try to bridge the 52-year gap to their only title to date. Derrygonnelly’s quest for six-in-a-row indicates the scale of the contrast – and challenge. Hard to detect the prospects of romance.

Galway SFC semi-finals at Pearse Stadium
Moycullen v Tuam Stars, 1.30; Corofin v Mountbellew-Moylough, 4.30
Moycullen’s unbeaten season to date suggests that they’ve improved enough on last year to overturn defeat in the same fixture while All-Ireland champions Corofin are on the verge of recording a 50th unbeaten match in Galway, a run going back seven and a half years.

Galway SHC semi-final
Cappataggle v St Thomas, Kenny Park, 3.0
Perched within sight of a three-in-a-row St Thomas are likely to add to Cappataggle’s semi-final woes – this is their fourth straight one with no yield so far – and qualify for a tasty-looking final against Turloughmore.

Kilkenny SHC final
Ballyhale Shamrocks v Dicksboro, UPMC Nowlan Park, 2.30 – Live, TG4
Despite forbidding odds, Dicksboro have been very good this season and won’t lack confidence having won the title three years ago. On the face of it Ballyhale with the change since last season – Adrian Mullen injured and Henry Shefflin having stepped down as manager – might have soft pedalled but instead have picked up momentum. A classic semi-final win over James Stephens got them here whereas Dicksboro had a controlled win over O’Loughlin Gaels. The problem for the Boro is that the big Shamrocks names – TJ, Colin Fennelly – are so hard-wired for these occasions. Will Cillian Buckley man-mark TJ? It’s one of the inviting scenarios but ultimately the prospect of three-in-a-row can drive Ballyhale to victory.

Leitrim SFC final
Mohill v St Mary’s Kiltoghert, Páirc Seán Mac Diarmada, 3.30
Mohill are old hands at this and no strangers to either county finals or winning them. St Mary’s have momentum after an unexpected win over Glencar-Manorhamilton but Mohill look too good.

Louth SFC final
St Mary’s Ardee v Naomh Máirtín, Darver, 4.30
Can Naomh Máirtín finally break the hoodoo of the past two finals now that Newtown Blues are off the road? It’s no certainty but they’ll be super motivated.

Westmeath SFC final
Tyrrellspass v St Loman’s, TEG Cusack Park, 4.0
Loman’s are in a seventh straight final but have lost the last two, which sounds like a clarion call for John Heslin and company against an accomplished Tyrrellspass side, who they have nonetheless beaten in two recent finals.