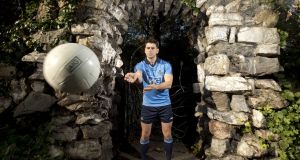 Due to the success of Dublin GAA, the notion of pooled sponsorship has been mooted throughout the past decade. Could it now really be on the table? File photograph: Inpho

The weekend almost felt normal. You could sit down at lunchtime on Saturday and wrap a sports bubble around you for the rest of it.

There was 10 hours of Premier League football, nine hours of US Open golf. There was Germany v Ireland, there was Leinster v Saracens, there was the Limerick hurling final.

There was an unbelievable time trial in the Tour De France and later, much later, the NBA play-offs were there for you long into the night. In the dog days of April and May, that sort of Saturday was a pipe dream.

There’s a reason they add in the crowd noise on TV. It is there, at a very basic level, to make us forget the reality of the situation

Thing is, we know there almost nothing normal about any of it. The virus is ramping up for its second wave virtually everywhere you look. But for sport, this is really the first wave. It’s a period of re-establishing sport as a thing that happens. Big-time sport is back on television, games are being played at levels further down the scale. It’s a vital step along the road but one that is deliberately - and necessarily - unreal.

The old saying about seeing a dog walking on its hind legs feels about right here - sport is not being done well but you are surprised to see it done at all. Surprised and delighted and grateful just to have it. But there’s a reason they add in the crowd noise on TV. It is there, at a very basic level, to make us forget the reality of the situation.

Anyone tuning into the Oireachtas Covid Committee on Friday morning got all the reality they could handle. The heads of the three big sports bodies came in front of the politicians to lay out just how bad things are out there. This wasn’t ochón-ochón stuff. They weren’t bellyaching or simpering. They communicated, with a grim and solemn calm, just how much trouble lies ahead.

Tom Ryan said the GAA’s losses in 2020 will run to €50m, with another €20m hole projected for 2021. Philip Browne put the IRFU’s losses at €30m, with the same coming next year. Gary Owens said the figure for the FAI comes in at just below €20m. He couldn’t offer any guarantee that the League of Ireland would happen in 2021. Though it would only take around €3.5m to see it through a season, that’s €3.5m they don’t have. And won’t have, unless it comes from government.

Sport needs crowds to survive. Sport without crowds can happen at the minute because it’s our instinct and inclination as a society to make sure it does. But just as getting society opened up is more difficult than locking it down, finding a way to fund sport in 2021 and beyond is going to be much trickier than getting it up and running was in 2020.

For the GAA, there are actually two earthquakes happening. The pandemic is the big bang, the biggest that has ever hit. But there’s another one starting to rumble, one with the potential to have a much longer life to it. It’s that of split club and county seasons, a previously unthinkable proposition that now looks inevitable, on an experimental basis at least.

It is a classic case of an idea whose time has come. Even though we’re only four years since a motion proposing to move the All-Ireland hurling final to August - with the football final shifting back to the first Sunday in September - was defeated at Congress. To go from that to all inter-county hurling and football being finished for the year at the end of July is a gargantuan shift in thinking.

The rights and wrongs of it are an argument for another column. The reality is that the 2020 club championships have worked better than anyone could have hoped and there isn’t a club player in the country - whether he plays for his county or not - who wouldn’t like it to be this way all the time. The split season will happen. Mark it down.

One of the unintended consequences will be a loss of income to the GAA. This is inevitable. The inter-county season feeds the association, plain and simple. Constricting it, even with the best intentions, comes at a cost. When the Valhalla of normality returns and the stadiums can be filled again, the schedule will be compacted and aggregate attendances will fall. Money, the great unmentionable in the GAA, will assume an even greater relevance than before.

In this regard, Chapter 17 of Bernard Brogan’s recent autobiography is well worth anyone’s time. In it, he gives a fascinating account of how Pat Gilroy, John Costello and Brogan himself went about turning Dublin into the association’s commercial behemoth. In early 2010, Gilroy showed Brogan figures that laid out how Kerry were spending twice as much on their football team as Dublin were and it became their stated aim to match and pass that number by exploiting “the power and potential of the Dublin brand”. Their success in doing so is one of the great triumphs of any GAA project in history.

In the same chapter, Brogan details how Gilroy insisted that any sponsorship money he and his brother Alan were able to garner had to go into the communal pot. The logic was obvious and inarguable - the Brogans got all the gigs because they were the high-profile scoring forwards in the team but it’s a team game and they wouldn’t get the scores without the work everyone else was doing. And so it came to pass. The Brogans threw into the pot, more players stepped forward for gigs, everybody got well.

The parallel for the GAA’s commercial future is equally clear. Dublin’s gold-plated ability to attract sponsorship that is multiples of other counties and provinces is an accident of birth. Their ability to exploit it is a tribute to their acumen but it wouldn’t exist without the framework, structure and competition provided by the other 31 counties. The notion of pooled sponsorship has been mooted on occasion through the past decade without ever looking like a serious prospect. But the prospect of losing €70m across two years will surely mean nothing is off the table.

We might find that the split season isn’t the only idea whose time has come.

1 Level 5 golf shutdown: Ireland one of few countries to close courses
2 Dan Martin toasting another stage win at the Vuelta
3 Philip Reid: Hard to find the sense in closing golf clubs
4 Shock at golf clubs as sport faces shutdown in Level 5
5 Disappointment and frustration par for the courses as golf goes into lockdown
Real news has value SUBSCRIBE