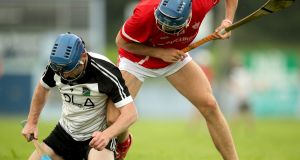 The GAA’s Fixture Calendar Review Task Force (FCRTF) met remotely on Wednesday to consider progress on its December report. Its deliberations had been interrupted by coronavirus restrictions, which caused its last scheduled meeting in March to be deferred.

As a result, the meeting was largely a catch-up, but there were discussions on adding a fourth recommendation to the three recommended in the report.

This is because of the focus on the “split season” concept, which was not originally included as a recommendation in the report but has attracted recent attention, with the Gaelic Players Association (GPA) coming out in support of it in a public statement earlier this month.

In the meantime, GAA president John Horan and the Club Players Association (CPA) have each reiterated their support for the idea.

Although the GPA have made the recent running on this, the concept had been deliberated in the task force’s meetings last year, but it has only been in the extraordinary circumstances of this year that the structure has been seen in action – albeit with the club season first and the inter-county scheduled to follow.

Whereas the split season was discussed at the meeting, this was only exploratory, and it was agreed to thrash the matter out at further length over coming meetings, the next one of which is due in September.

The third option was that the 2018-19 format – the round-robin Super 8s, which still has a year of its trial run to complete – remain, with a couple of changes to tighten its schedules.

It isn’t yet certain that the split season will be adopted as a fourth recommendation but it is considered likely.

Last December’s report stated misgivings about the idea. “Separating players entirely from their clubs for over half the year would not be desirable. County players need to stay connected to their community and need breaks from the inter-county set up.

“Neither would clubs be likely to support such a move – whatever the drawbacks of the current ‘windows’ approach may be, at least it ensures some visibility of the county player with his club in the spring.”

Plans to roadshow the FCRTF recommendations around the counties have also run foul of the pandemic, and, although this wasn’t on Wednesday’s agenda, it is expected that remote meetings towards the end of the year will take place to brief clubs and counties.

A special congress had been pencilled in for this autumn, but is now unlikely to take place, and consideration of the task force’s final recommendations will go before next year’s annual congress, how and whenever that takes place.

Consequently, there will be no championship reforms before 2022.