Sideline Cut: Impractical GAA calendar needs to be torn up and reimagined 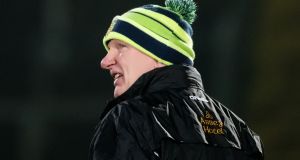 Here we are, in the dark depths of early January and great is the wailing of unhappiness emanating from the world of the GAA.

Brexit will, in time, come and go. The lunatic age of Trump will pass. The reunification of Ireland may well be achieved. But that hardy staple of teeth-gnashing and universal despair, the GAA calendar, will remain one of the most vexing problems of modern civilisation.

To the uninitiated, the GAA calendar presumably conjures up images of a classy charity wall-hanger featuring the organisation’s ard comhairle and selected members of congress posing provocatively in front of Fitzgerald Stadium or Hayes Hotel or other association beauty spots. If only.

No, the GAA calendar is the sort of mathematical puzzle that would have defeated the combined intellect of Stephen Hawking and Bill Gates.

The response to Donegal’s withdrawal has been supportive, with a general hope that the situation will hasten the demise of the McKenna Cup

How do you play roughly 8.5 million games, mostly on pitches without floodlights and allowing for monsoons, floods, bank holidays, the possible outbreak of foot-and-mouth disease and inevitable last-gasp replays in any one Roman calendar year?

Every year, the question becomes more problematic and, in recent seasons, it is obvious that nobody is happy with anything. Sooner or later the situation had to reach breaking point. Not for the first time, it has fallen to Donegal to shout No.

Even those negotiating the reopening of Stormont have probably heard that Donegal will not be fielding a team for Sunday’s McKenna Cup semi-final, that there simply aren’t enough lads for Declan Bonner to call upon.

The Donegal manager was clearly vexed by the situation. Half his squad was injured and the other half obliged to line out for their various colleges in Sigerson Cup games, just one of the many, many GAA competitions being run off during this bleak month of sudden storms, weakening light and frightening credit card debt.

Bonner has reasoned that he can’t very well go around begging club players or former county men to make up the numbers. And you can just imagine the response from some mid-noughties flier south of Barnesmore Gap, maybe stressing the weighing scales a bit more now and toying with the idea of doing up his racer so he can turn out for that mini-triathlon next June, if Bonner were to cold-text to ask him if he’d be free for an afternoon of likely hypothermia and certain humiliation at the hands of some rabidly hungry young Monaghan corner back on Sunday afternoon. Soz Dec. Young lassie’s 3rd birthday party Sun. Good luck!

The response to Donegal’s withdrawal has been supportive, with a general hope that the situation will hasten the demise of the McKenna Cup – and all other pre-season competitions.

But none of this is the McKenna Cup’s fault. The McKenna Cup is a venerable winter competition dreamed up back in the more winter of 1924 and named after the Most Reverend McKenna himself on the grounds that he was one of the very few bucks of public esteem willing to have anything to do with Ulster GAA at that time.

For decades, the McKenna Cup served as a useful signal that brighter days were on the way. It gave an opportunity for diehard fans to run a probing eye over the young stars given their hour by the manager. It gave rival teams a chance to sharpen their sense of hatred for the other crowd. Mostly, it gave everyone an excuse to get out of the house.

It roused the GAA nation from its slumbers. And it’s not as if the McKenna Cup was a relic of yesteryear like the Railway Cup, the vaudeville contest which showcased a selection of the best players in every province for exhibition games.

You only have to go back as far as 2006 when a McKenna Cup game between Armagh and Tyrone, played in the now derelict Casement Park, attracted a crowd of 20,000 people. The attendance reflected the era; the mid-Ulster neighbours were locked in a near-private battle for supremacy in that period; Gaelic football’s beating heart could, at that time, be located along the Lough Neagh shore.

The reviews of that day were glowing and reflected the appetite for these pre-season shows.

“All the fans that have come out over the past month have enjoyed it,” declared Joe Kernan, Armagh’s manager that afternoon. “It’s good to get out of the house after Christmas.”

Of course, that occasion was reflective of the general Gaelic football mania that afflicts both Tyrone and Armagh. Whenever they are pencilled in to play one another, the crowds will turn out. It’s the same with Galway and Mayo, who invariably clash in the Connacht January jamboree, the FBD league.

You could mark a Galway-Mayo clash down for a midnight throw-in on an unmarked field near Bohola Junction lit only by car headlights, charge 25 quid a head with no concession for children and still expect a crowd of around 15,000 to cheerfully show up.

In certain places the appetite knows no bounds and rationale has no place. It’s just instinct.

The FBD league or the McKenna Cup are, like the All-Ireland championship or the national leagues, just notional constructs which give county teams a reason to play one another. The problem is that they have been squeezed to the brink of oblivion by the GAA’s increasingly compressed calendar. The All-Ireland club hurling and football finals take place next weekend.

The weekend after that, the national hurling and football leagues start and will be done by March. April has been designated a closed month for inter-county activity. The All-Irelands will be done and dusted by August. The GAA outlined its reasons for this concertina of the county season but nobody seems clear as to what they are.

The argument that it clears space for county boards to hold their club championships is unproven at best. The vast majority of county boards are still suspending their club competitions in the summer months. It has led to this dysfunctional scenario where the best county players have too many games in January and sometimes none at all in August while the best club players simply don’t know when their championship games will be played.

So nobody is happy.

And Donegal won’t be fielding a team on Sunday, which is a new departure for the GAA. The diehard supporters will probably show up anyway because anything is better than sitting in the house.

But it has become undeniable that the GAA calendar, still built around the 20th century framework of the national leagues, the All-Ireland championship and those wonderfully insane January competitions and named after insurance companies and long-dead reverends, needs to be torn down and dreamed up again.