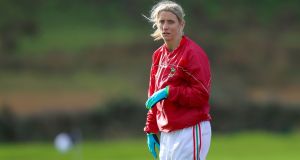 You can’t say former Mayo great Cora Staunton did not warn us last year about this.

In an interview with Game On on RTÉ 2FM, Staunton expressed the view that the LGFA should be worried about AFLW looking at Irish talent and us exporting them over. Fast forward two months and we have the exact same discussion emerge in the men’s game.

I get it. It really does hurt that a top star is lured away by the bright lights and glamour of the professional game. I still get a tiny bit upset when I think of Ciarán Sheehan going away to Melbourne to experience the professional game. In fact, I was at an event for Australians in Ireland, and I asked an AFL players’ officer how the prodigal son was getting on.

But, we have to be realistic for a second. Firstly, with the rise in strength and conditioning and how our players, both male and female, spend 35 hours per week training and playing inter-county, meaning the inter-county scene is effectively a second full-time job; obviously, they are candidates for selection and recruitment.

Add to that, and not to sound like Mickey Harte, those from a GAA background who played, were successful and are now recruiting up-and-coming talent are obviously going to sell both sides well. If someone rang me in the morning and offered me financial stability, insurance and other things that are forgotten within the GAA/LGFA I’d bite their hand off.

Secondly, sport is an incredibly short term career and unless you’re a freak of nature like Tom Brady, Ronaldo, Formiga and Marta, chances are you only have the tiniest window of opportunity to make a quick buck.

Yes, All-Ireland medals are great, creating memories and bonds with your team-mates is great and everything about where we belong is inspirational. But, if you are out of pocket, choosing a career to further a non-paying career, not socialising to a certain degree in order make the team, then you can surely understand if someone wants to get paid to pursue their sporting life.

At the same time, we do have to look at our organisations from within. The LGFA and Camogie Association are growing and building on some phenomenal years. There is time to fix things. But the provision absolute basics are still neglected.

I attended an event for a ladies football club and leaflets were handed out about the injury fund. One player told me it was the biggest load of nonsense and how she applied for it but was turned down based on technicalities and underfunding. Even on the men’s side, we have seen players come out talking about how county boards do not want to hear from you if you pick up an injury.

In terms of the women’s game, certain things like consistent training venues, home grounds to play matches and a general agreement as to the format of the calendar year wouldn’t go astray.

Some teams rent facilities from their male counterparts, others hold their breath and hope something emerges for them. If players aren’t guaranteed the literal basics, then you can absolutely not begrudge anyone for going the professional route.

Ironically, those who are most critical are also those who are bleeding clubs and teams dry. A club near me made players pay €20 a week to pay for an outside coach to drive across the border to train them. I’m sure many clubs are in that position, but let’s say it’s incredibly easy money if you have a good name and half a reputation behind you.

With just the 17 players being targeted by AFL, the AFLW officially have 18 players active during their season. Sure, traditional Gaels can scoff at that and declare ignorance about the whole thing. Still, the reality is unless our amateur organisation provides concessions and the basics players are seeking, those leaving to pursue their professional dreams or merely because they are sick of it will continue to rise.

How many more surveys will be released? How many counsellors will be needed to help our inter-county stars who are struggling with commitments and how long can we expect so much from individuals who are committing their whole lives to a team without any return only love, memories and accolades?

Sure, players aren’t forced, there is no gun put to their head, but how long will it take for those in charge to realise there’s a problem? Instead of seeking and creating legacies, those with the power need to properly assess the state of our game.

It hurts in every sport to see your favourite player leave. But if that player is unpaid, out of pocket and literally at two full-time jobs, you would want to an incredibly narrow-minded fan to not understand their choice.