Kilmacud Crokes are chasing a first Dublin title since 2014, with Ballyboden in their way 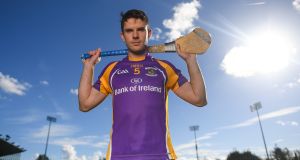 Something is happening with Dublin club hurling. Ever since the suddenly seismic shift from the northside of the city a decade ago, all the honour and glory has been passed around from one leafy southside suburb to the other, it seems with increasing dominance.

Sunday’s final showdown at Parnell Park presents the latest microcosm: Kilmacud Crokes are chasing a first Dublin title since 2014, after taking out neighbouring southside parish Cuala – winners of the last three county titles, plus the last two All-Irelands – in the semi-final. Standing in Kilmacud’s way are Ballyboden St Enda’s, their other southside neighbours, who have won six Dublin club titles since 2007.

In the decade before that, northside clubs mostly ruled Dublin hurling, Craobh Chiaráin last winning in 2006, plus two in the three years before that, O’Tooles also winning three in succession in the mid-1990s, and St Vincent’s still getting a look-in, too.

Success breeds success, naturally, but it hasn’t happened by accident either: Kilmacud defender Rob Murphy has been with the Stillorgan club since his primary school days and, tracing the shift southwards, that’s where things began.

“I think the clubs just got their coaching structures in place: ourselves, Cuala, Ballyboden obviously,” says Murphy. “And I think getting into the schools as well has made a big difference. I wasn’t actually playing hurling until my own teacher, Brian Cadigan from Kilkenny, in Scoil San Treasa [in Mount Merrion], got me playing.

“And then the coach from Kilmacud came into the school at the time too. After that you start going down to the club on Saturday morning, and it just builds from there. I played a bit of football as well from 15 to minor, then went hurling all the way again from minor.”

Murphy’s family actually had more of a soccer background, but once successful in hurling, he wasn’t for turning: now 24, winning an All-Ireland Féile with the club in 2008 was the real start of it. That team also brought through Cian Mac Gabhann, Caolán Conway, and Oisín O’Rorke; Bill O’Carroll and Sean McGrath followed from the successful Féile team a few years later.

However, like most southside Dublin clubs – including Cuala – it’s not an entirely home-grown team: goalkeeper Matt Collins and forward Marc Howard hail from Cork, Niall Corcoran and Damien Kelly from Galway, midfielder Lorcán McMullan from Down, plus defender Ryan O’Dwyer, formerly of Tipperary and Dublin.

“That’s the nature of lads coming to work and live in Dublin,” says Murphy. “It’s too hard for them to go home, and they’ve all added hugely. Anthony says that, they’ve added a lot, want to play for the club, and we’re happy to have them, all one team, best friends now.”

Murphy is quick to credit Daly’s influence: “The passion for the game he has is unbelievable. When he speaks everyone listens, and he’s been so successful as a manager and a player. He’s brought in a great management team, the training is sharp and really structured, short but sharp, and it’s planned out very well, very professional. A serious motivator, but he takes most of the training, serious technical knowledge of the game, and drills in training.”

Kilmacud needed all that passion to beat Cuala, 3-13 to 1-17, having lost the last two finals against them: “Yeah even Mattie Kenny [the Cuala manager] came into the dressing-room afterwards and told us there was only a puck of a ball between us the last couple of years, and I think it was the same again this year, so the game went right down to the wire. So we always knew we had the belief to beat them.

“The goals were important. This year we kind of just went man on man, just see what we can do. But there’s no medal giving out after the semi-final win, and we know that. It’s just kind of ‘get down and get ready for the final’ now, I suppose.”

With Kilmacud also in the Dublin football final on Monday week, against St Jude’s, the club is also positioned for the county double (having won the hurling in 2012, only to lose the football). With St Vincent’s taken out of the football already, the southside shift continues.