Leaders like Anthony Nash, Mark Ellis and Conor Lehane can carry them through 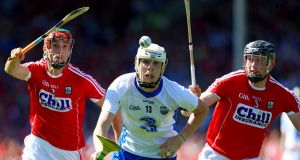 Cork face a unique challenge on Sunday. They are going into an All-Ireland semi-final knowing the only thing that stands between them and the final is a team they’ve already beaten. Eight weeks ago, they stormed into Thurles and ruined Waterford’s day with a great performance. But now they have to do it again or their season will have been ultimately unsatisfying.

The mental challenge here is really tough. In 2013, Cork beat Clare in Munster but lost the All-Ireland final to the same team after a replay. The drawn game that day came down to tiny margins and the replay was the Shane O’Donnell show. Ultimately, the Clare challenge in September was different to what it had been in June and Cork weren’t able to rise to it accordingly.

1 Paschal Donohoe has been elected president of the Eurogroup
2 Covid-19: Six further deaths as reproduction rate ‘at or above one’
3 Sweden’s grim Covid-19 result: More death and nearly equal economic damage
4 Covid wage subsidy recipients cannot draw down funds from State mortgage scheme
5 Mother and five children sleeping in car while seeking accommodation
6 Patrick Freyne: It is now late-period Dermot Bannon. He is on the verge of losing it
7 Ex-Fianna Fáil TD apologises to Mary Lou McDonald over ‘damaging’ tweet
8 ‘Prepare for January’: European Commission warns as Brexit trade talks stall
9 US supreme court rules prosecutors can obtain Trump’s financial records
10 First ever woman president of an Irish university appointed at University of Limerick
11 Mary Trump: The inside story of why she wrote a tell-all memoir
12 Land Rover lookalike Ineos Grenadier revealed
13 Dublin man caught with child porn by undercover FBI agent is jailed
14 Warning of serious brain disorders in people with mild coronavirus symptoms
15 Naomi O’Leary: Ireland’s travel policy curbed by Britain
16 Gardaí raid Irish office of failed German payments group Wirecard
17 Donald Trump is an amateur populist – the real trouble is yet to come
18 On your bike: Good-value areas to buy a home a short cycle from central Dublin
19 Cottage luxury in every inch of suburban hideaway for €995k
20 Travellers to NI from ‘low to medium risk countries’ won’t have to self-isolate
21 Covid-19: Small minority of pubs putting health of customers and staff ‘at risk’
22 Johnny Depp trial: The hidden benefit of celebrity domestic violence allegations
23 Newton Emerson: Funeral raises questions over how much SF president McDonald is in charge
24 Trick or treat: Ireland set for Halloween showdown with France in Paris
25 Dave Hannigan: Notre Dame’s Fighting Irish leprechaun needs its ass kicked
26 ‘A new lockdown in Melbourne has shattered our spirits’
27 Airborne coronavirus: What you should do now to help yourself stay safe
28 Patrick Freyne: The mystery of Dermot Bannon and his many surrogate wives
29 Dundrum to bring in one-way system to allow greater distancing
30 Yellowstone: Kevin Costner looks like he’s just stepped on something sharp
31 Kinsale field closure leaves Corrib as sole source of domestic natural gas
32 ‘People are dying’ – private nursing homes’ plea for State help
33 Amy Schumer, in tears: ‘I know how I am. No one else can deal with it’
34 Provisional liquidator appointed to Caritas centre on Merrion Road
35 NI Covid app will be able to swap data with Republic’s app
36 Storey funeral highlights fundamental problems with Sinn Féin
37 Will all pupils return to school in September?
38 Finding the Way Back: A career-best performance from Ben Affleck
39 Varadkar given ‘inaccurate’ data on reopening of childcare services
40 Meet the new Irish Times restaurant critic
Real news has value SUBSCRIBE