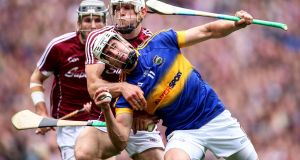 This is an ideal set-up for Tipperary. They’re going into an All-Ireland semi-final on the back foot with criticism ringing in their ears. They’re here and they’re champions but they’ve still plenty to prove.

I remember before the 2001 semi-final against Wexford I was worried because there was too much being taken for granted and I’ve always believed if that game had gone on for another minute we’d have been beaten. But I was sure we’d win the replay because even the supporters felt the urgency.

The feelgood factor from last year’s All-Ireland has been well washed away at this stage and Tipp are face to face with the county that are favourites to take their title, players who humiliated them in the league final. No team could have a clearer challenge than that.

Galway are entitled to be favourites on their performances this year but that brings its own pressure and acts as almost a release valve for Tipperary.

At the end of the day despite everything that’s happened so far, this will come down to a very tight match and players need to be at their best. The problem for Tipperary is that they had to come through the qualifiers because they played so badly in Munster. In the qualifiers since they haven’t been fully tested and, even so, there have been plenty of below-par performances, most obviously in the full-back line.

That raises the controversy about Cathal Barrett and Mick Ryan’s decision not to allow an All Star corner back to return to the panel for disciplinary reasons. I’m with him on this. If Tipperary management felt that Barrett’s behaviour was significant enough to drop him, he shouldn’t be rushed back into the fold, particularly after just returning to club action after serious injury.

The decision wouldn’t have been made easily and a manager doesn’t put himself through the stress of making it only to do a volte face at the first opportunity.

There is an obvious advantage in playing regularly in the qualifiers while Galway have been waiting five weeks since the Leinster final. I don’t think it will be a problem for Micheál Donoghue and his team, who this year have looked more relaxed, well-adjusted and business-like.

If you look back to the league final they had five weeks to wait until championship and have played every few weeks since without appearing to lose momentum. They’re also very experienced.

More relevantly, though, they haven’t been really tested this year. They were imperious when beating Tipperary in the league final and also in the Leinster championship. But no-one expects them to thrash Tipp again and none of the teams they beat in Leinster – Dublin, Offaly and even Wexford – were All-Ireland contenders.

How will Galway respond when a match gets tight and the opposition won’t go away? How reliable have they been in the past in those circumstances? Certainly, not uber reliable.

For all of their domination of matches to date they have scored just two goals in three matches. Their point totals have been off the charts but I can’t see them running up 30 against Tipperary so it will be surprising if they win this without scoring goals.

For me Galway are still favourites for the All-Ireland but this is the stage where it starts to get complicated for them. Will it be as simple as their forwards going to town on an under-performing full-back line? I don’t think so because in championship the biggest problems aren’t always where expected.

I would get Tipperary to go man-for-man but wouldn’t tie Ronan Maher up in following Joe Canning who has a licence to play everywhere. Let Séamus Kennedy follow him and keep Maher on Conor Cooney, who although he’s full forward plays deep a lot of the time.

James Barry is selected at three but I think his confidence would benefit from getting a marking job that brings him away from the full-back line and on to a player like Joseph Cooney or Niall Burke, who may bring him out the field a bit but would be a better physical fit for him.

Both teams would probably say they don’t want this turning into a shootout but I – and probably they – suspect it will end up like that, so I wouldn’t worry too much about position. Anyway, you never know the precise script in advance.

This is basically going to come down to grabbing the initiative in the middle third. Take the half backs for example: if Aidan Harte and Pádraic Mannion for Galway and Pádraic and Ronan Maher for Tipp are delivering front-foot ball into their forwards the backs have next to no chance with lethal finishers plentiful on both sides.

Last year Galway lost Adrian Tuohy at half-time with injury, which meant Johnny Coen had to go back to cover him. Coen and David Burke have consistently had the better of the Tipp midfield in the past couple of years, so Coen was a big loss there and he’s not as good a corner back as Tuohy. That opened the door for Tipperary because Galway made mistakes in the full-back line.

That is going to be less likely on Sunday. Tuohy is fit. Dáithí Burke continues to be excellent and I thought John Hanbury was very good in the Leinster final.

Last year was a perfect storm. Galway picked up injuries to Joe Canning as well as Tuohy and Tipp had the hunger from losing the previous year by a point. This time, the boot is on the other foot. Allowing for the gradual improvement since losing to Cork, Tipp’s workrate and overall performance level aren’t at the level of last year.

I don’t think the general standard has been as high this year as in 2016. Cork are rising but of the established counties Galway are the only ones at least as good and can take a step forward on Sunday.